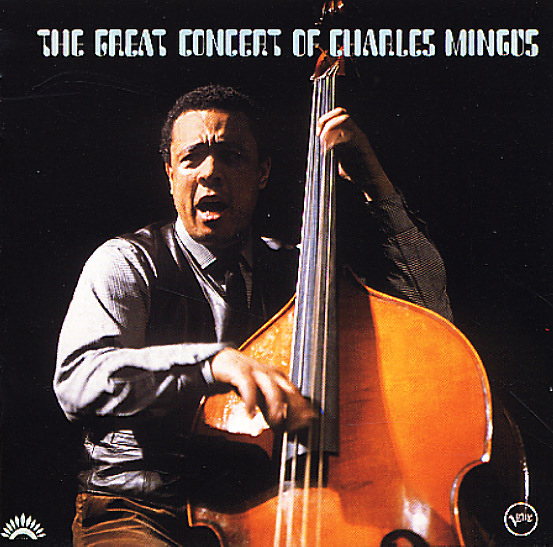 Also available
Charles Mingus — Great Concert Of Charles Mingus ... CD 12.99
Charles Mingus recorded many great concerts over the years – but this huge double-length collection may well be one of the most likely to earn the title of "great" – as the lineup is superb, and the music really captures Mingus at a time when he was setting a new fire in his sound! The time is the magical year of 1964 – and Mingus works here with a small group that features Eric Dolphy at a time right before he was to leave our planet all too soon – stretching out with the kind of incredible solos that Mingus allowed players in his group – showing some of the new spirituality that was coming into his sound at the time, emboldened by the leadership of the famous bassist. Dolphy blows flute, alto, and bass clarinet – alongside tremendous work from Clifford Jordan on tenor – springboarding here into the more spiritual currents of his albums to come – next to work from the great Jaki Byard on piano and Dannie Richmond on drums. All titles are very long, filled with majestic solos – and tracks include "Fables Of Faubus", "Parkerana", "Orange Was The Color Of Her Dress Then Blue Silk", "ATFW", "Sophisticated Lady", and "Meditations On Integration".  © 1996-2022, Dusty Groove, Inc.