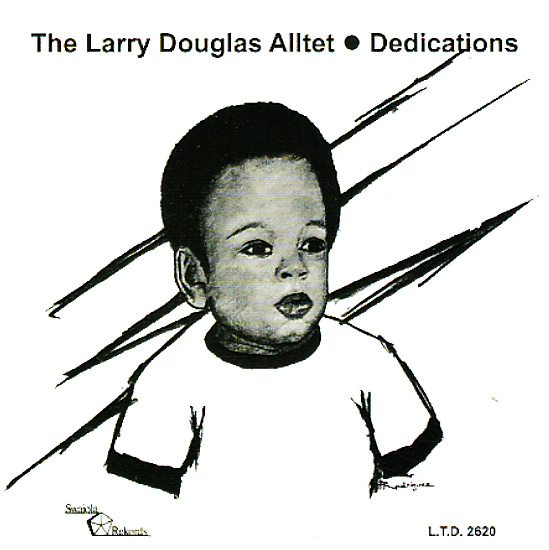 A rare bit of indie jazz from the Bay Area scene of the 80s – but put together with a groove that's much more 70s overall! The group's headed by trumpeter Larry Douglas, and has a soaring, soulful groove that definitely owes a lot to the spiritual sound on labels like Strata East or Black Jazz – but which is also served up here with a confident style of its own – a mode that's brimming over with smart ideas and great intentions – especially on some of the numbers that feature a larger lineup! In addition to Douglas on trumpet, flugelhorn, and piano – the set also features Ronald Wilson on tenor and baritone sax, David Masucci on flute, Ray Williams on Fender Rhodes, Eric Vaughn on piano, Marcos Torres on timbales and percussion, and Kamau Seitu on drums and congas. The album's a real lost charmer – with a vibe that we'd liken to some of the best projects from Earl & Carl Grubbs at times – and titles include "Dedications (The Theme)", "Untitled", "Jammin' At The Boro'", "Illusions", "Traces", and "Dedications (The Variation)".  © 1996-2022, Dusty Groove, Inc.