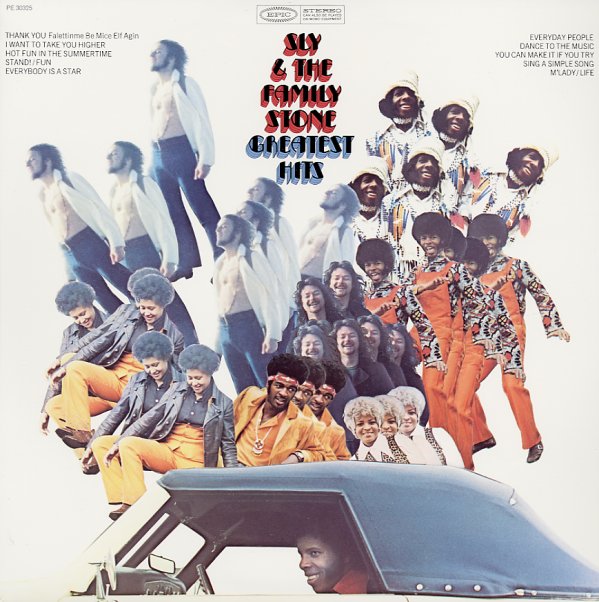 Almost a "greatest hits" of greatest hits albums – one of those collections that almost sold more copies than all the full albums by the artist – forever earning Sly & The Family Stone a place in record collections around the globe! All the hits are here, laid out back to back in all their righteous goodness – never a single spot of filler, and all-classics, all the way through! Titles include "Thank You Falettinme Be Mice Elf Agin", "Life", "Everyday People", "I Want To Take You Higher", "Everybody Is A Star", "Dance To The Music", "Hot Fun In The Summertime", and "Sing A Simple Song". All funky – all classic!  © 1996-2021, Dusty Groove, Inc.
(Yellow label stereo pressing. Cover has ring and edge wear, aging, and small seam splits.)