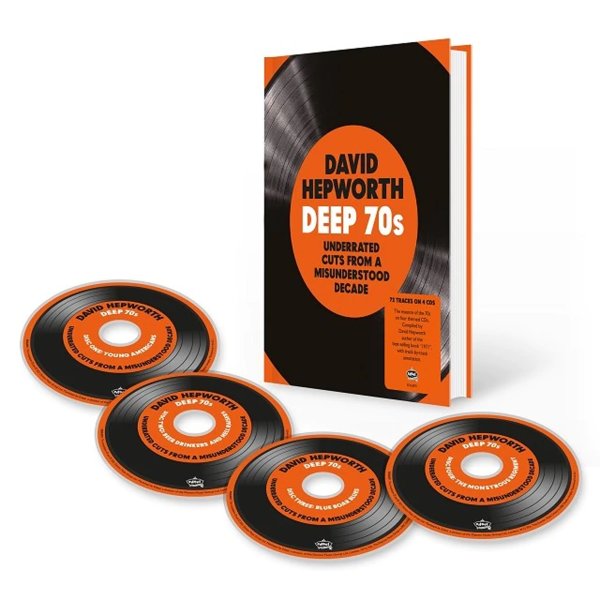 A very cool little set – maybe not the deepest dive into the decade of the 70s, in that the package isn't full of unissued tracks or super-rare singles – but it does represent a great look at the decade that goes way past the hits, and much farther than the charts – including the sort of material that was slightly ignored at the time, but has gone on to be really appreciated in more recent years! The book-style set is filled with great choices and unusual tunes – work from both the US and UK scenes, some of it by bigger names represented here by more unusual cuts – some by others who barely cracked the mainstream, but did some great work at the time. There's one full CD of female artists, and a pretty unusual mix of titles – 71 titles in all, by artists who include Murray Head, The Records, Ronnie Lane, Terry Reid, Sandy Denny, Wendy Waldman, Freddie King, Montrose, Tim Buckley, Don Nix, Jerry Williams, Big Star, Tony Joe White, Delaney & Bonnie, John Prine, Michael Franks, Bobby Charles, Andy Pratt, Hirth Martinez, Robert Palmer, Jess Roden, Roy Harper, Patto, Sharks, The Roches, Linda Lewis Valerie Carter, and many others!  © 1996-2022, Dusty Groove, Inc.