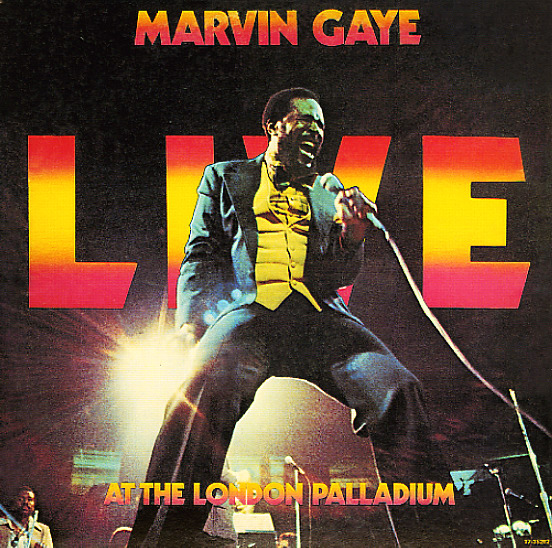 This is the second of two live albums that Marvin Gaye cut during the 70s – and in many ways, it's the better one! The record features three sides of work recorded live at the London Palladium – mostly in these swirling medleys that are introduced by Marvin in a very soulful mode, then swing into well-arranged combinations of classic tunes with some excellent instrumentation. The album features a few straight cuts like "Since I Had You", "Let's Get It On", "Trouble Man", and "Come Get To This" – but the medleys are great, too, especially the one on side 2, which features kind of a mini version of the album What's Going On! But then, even after all that, side 4 opens up in a slamming studio track – the extended funky groover "Got To Give It Up", which has some great keyboards by Marvin and cool rhythm work by Jack Ashford. All very funky, and Marvin's big bid at a club cut – one that worked pretty darn well!  © 1996-2022, Dusty Groove, Inc.
(Cover has surface wear.)

Give & Take
Motown, 1977. Near Mint-
LP...$4.99
Sweet group soul from The Dynamic Superiors – one of the few late 70s comers who still held onto that great falsetto lead that was big in the earlier part of the decade! The album does a great job of mixing funky numbers with sweeter, mellower cuts – in ways that also kind of bridge ... LP, Vinyl record album

Color Her Sunshine
Motown, 1976. Near Mint-
LP...$13.99
Solid soul from Willie Hutch – a self-produced, self-arranged, self-composed masterpiece that proves that he was one of the greatest things Motown had going in the mid 70s! The album's got a bit less of the wicked edges of Willie's blacksploitation work, but in its place is a really well-deve ... LP, Vinyl record album