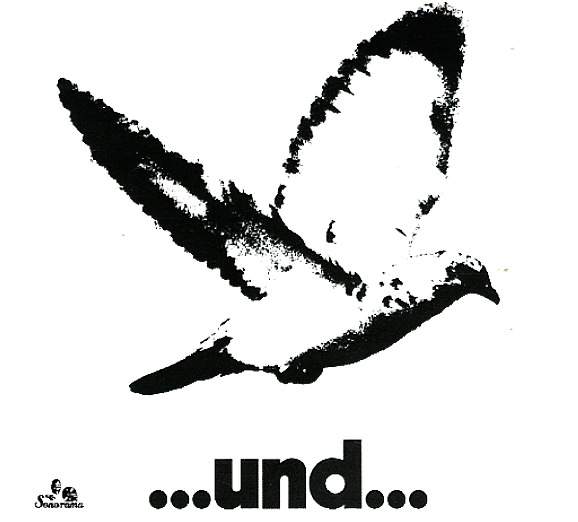 A really unique little album – a righteous blend of funky jazz, vocal chorus, and soulful leads – recorded in the German scene of the early 70s! The group features a number of key players from the MPS side of the funky jazz spectrum – and the record feels like some of the best high-concept projects from that legendary label – particularly those with a strong message in the music! Mladen Bobby Gutesha arranges and conducts – and the group features Leo Wright on alto and flute, Sigi Schwab on guitar, Ingfried Hoffmann on organ, Jiggs Whigham on trombone, and Milo Pavlovic on trumpet – creating these great core grooves, which are then topped by a vocal chorus singing messages in freedom in a number of different languages! Jimmy Woode sings lead vocals on a few tracks – and titles include "Angelitos Negros", "Soldat", "Masters Of War", "I Have A Dream", and "Schtil Di Nacht Is Ojssgeschternt".  © 1996-2022, Dusty Groove, Inc.

Swiss All Stars
Sonorama (Germany), 1964. Used
CD...$7.99
A nicely grooving mid 60s collective of Swiss All Stars – led by George Gruntz – in a great set from '64! The set was captured at Studio Bern in September of that year, it's it's captivating stuff. Gruntz leads and plays piano in the set, and it really is tailored to let the ... CD

Looking Ahead!
Contemporary/OJC, 1958. Used
CD...$2.99
Cecil Taylor's definitely Looking Ahead here – pushing jazz piano very strongly into the 60s with his modernist tones – yet still working with a bit more restraint than in the next decade! The style here is quite unusual – and almost more fresh than the Taylor sound of later ... CD

Organizer
DIW (Japan), 1991. Used
CD...$19.99
Lester Bowie cooks it nicely with an organ-based group – and one that features work on the Hammond by Amina Claudine Myers! Despite the hokey cover of the set, there's actually a pretty nice sound to the record – one that extrapolates from an older soul jazz tradition, and gives the ... CD

Spankin' Brand New (Japanese paper sleeve edition)
Mothers Records/P-Vine (Japan), 1969. Used
CD...$22.99
Heavy soul from the great Spanky Wilson – an album that explodes with energy right from the start – in a groove that definitely lives up to the title! Spanky's got a great mix of funk and class on this set – a punch in the rhythms at points, yet also a poise in the way she ... CD