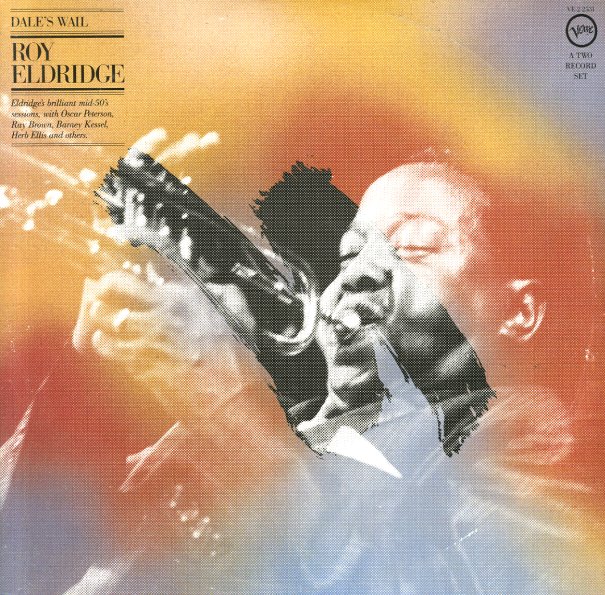 2LP set of Roy Eldrige's classic Verve sides from the mid 50's, featuring the great trumpet player in a variety of groups that include Herb Ellis or Barney Kessel on guitar, Ray Brown on bass, and Oscar Peterson on piano and organ! The organ sides by Peterson are perhaps some of the most intriguing on the set, and they include "Love For Sale", "Dale's Wail", and "Oscar's Arrangement". Other tracks include "Little Jazz", "Roy's Riff", "Echoes Of Harlem", and "Feeling A Draft".  © 1996-2022, Dusty Groove, Inc.
(White label promo. Cover has a Factory Sealed sticker obscuring a promo stamp in back.)

Little Jazz (Jazz Legacy)
Inner City, 1950. Near Mint-
LP...$4.99
There's nothing little about the talents of Roy Eldridge on the trumpet – as you'll hear in this hip set of tracks from the start of the 50s – material recorded in Paris with help from some great American sidemen! Half the tracks feature Roy's trumpet in a quintet with Zoot Sims on ... LP, Vinyl record album

Rockin Chair
Verve, Mid 50s. Near Mint-
LP...$19.99
A nice little session that features Roy with an expanded group – a core combo that features Oscar Peterson on organ and piano, Buddy Tate on tenor, Ray Brown on bass, and Barney Kessel on guitar, plus a larger set of string backings by George Williams. Tracks are short, with mostly solos by ... LP, Vinyl record album