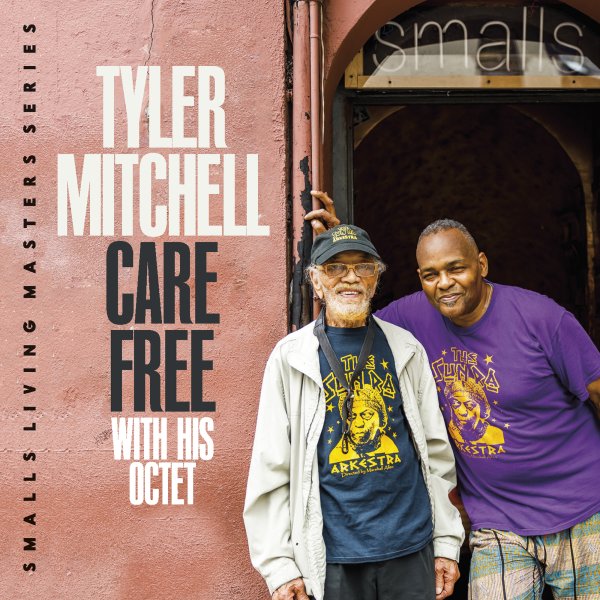 That's the legendary Marshall Allen on the cover with bassist Tyler Mitchell – the latter of whom leads a very cool combo through a set of material that includes classic tunes by Sun Ra, plus tracks from other sources as well! The octet has the mixture of cohesion and individuality that Ra brought to the Arkestra back in the day – yet the presentation here is hardly slavish to their roots, even with Allen in the group – as there's plenty of personal spirit in Mitchell's arrangements, carried forth by a lineup that includes Chris Hemmingway on tenor, Nicoletta Manzini on alto, Giveton Gelin on trumpet, and Farid Barron on piano – all working here with Mitchell and Allen on a live performance recorded at Smalls. Titles include "Dancing Shadows", "New Dawn", "Love In Outer Space", "Velvet", "Cosmic Hop", "Free Ballad", "Eddie Harris", "Discipline", and "Bouncing At Smalls".  © 1996-2023, Dusty Groove, Inc.