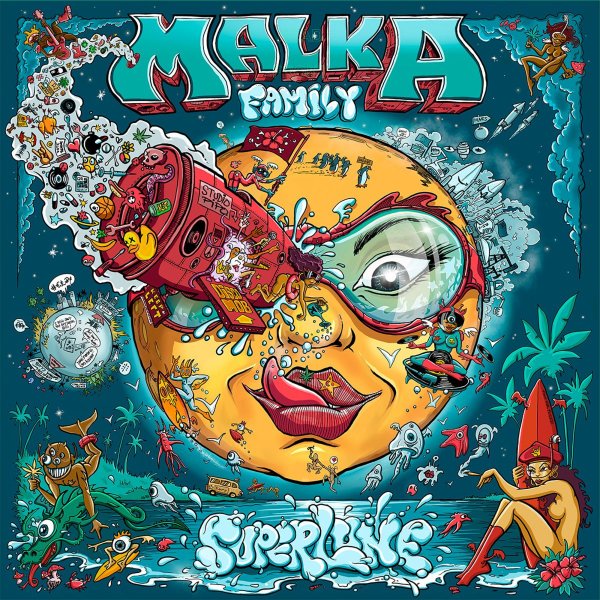 The great return of a classic French funk group – one who gave us some great records in the 90s as part of the Kif Productions imprint – born again here with a sound that's even warmer and more groovy than before! The group's as much of a soul group as a funk one – blending together great vocals, heavy basslines, and horns that match the best of the 70s – with all these jazzy currents in the instrumentation that mark these guys as real masters of their instrumentation! Vocals are in French, but with a universally soulful vibe – and the whole thing's got a snapping, joyous groove that rivals the collaborative spirit of some of our favorite late 70s Funkadelic albums. Titles include "Pipo Freak", "Toucher Toi", "Poulet Cut", "Super Lune", "Passe Passe", "Blue Funk", "Sur La Lagune", "Vie La Teuf", "A L'Abri Du Succes", and "Music".  © 1996-2022, Dusty Groove, Inc.