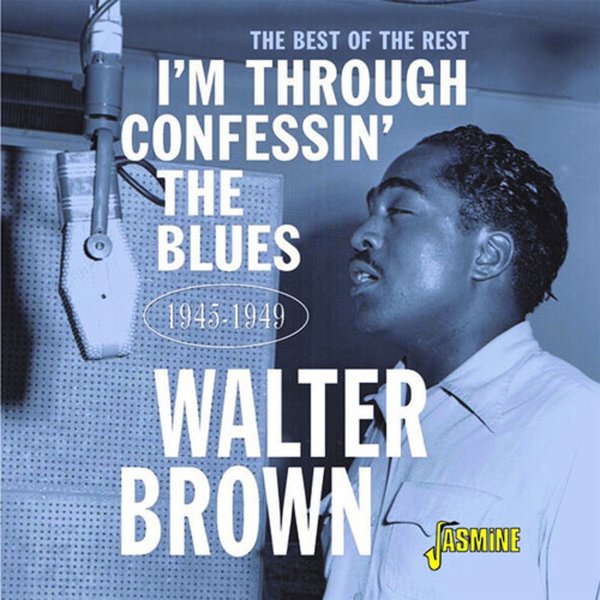 Wonderful work from Walter Brown – a bluesy singer who first rose to prominence in the early 40s band of Jay McShann (alongside a young Charlie Parker) – but who recorded these great cuts in the postwar years! The style is a nice fusion of earlier jazz modes and some of the leaner currents that were coming into play as the R&B years approached – a bit more jazz-based than work by some of Brown's contemporaries – a legacy that comes in part from his style honed with McShann, but which also represents the way some artists of the time were taking swing styles into hipper, tighter territory for the jukebox crowd. Walter died young, and this set features a huge chunk of work from the midpoint of his career – singles for King Records, Signature, Capitol, and Peacock – a few of which have him reunited with Jay McShann, one with tenor from Ben Webster. Titles include "The Search", "What Evil Have I Done", "Gonna Play With Your Woman", "Fine Brown Lady", "Stop Light", "Confessin The Blues", "I'm Glad To Be Back", "Mary B", "I'm A Liar If I Say I Don't", "New Style Baby", "What Did You Do Last Night", "New Four Day Rider", and "Gonna Open Up A Business".  © 1996-2022, Dusty Groove, Inc.