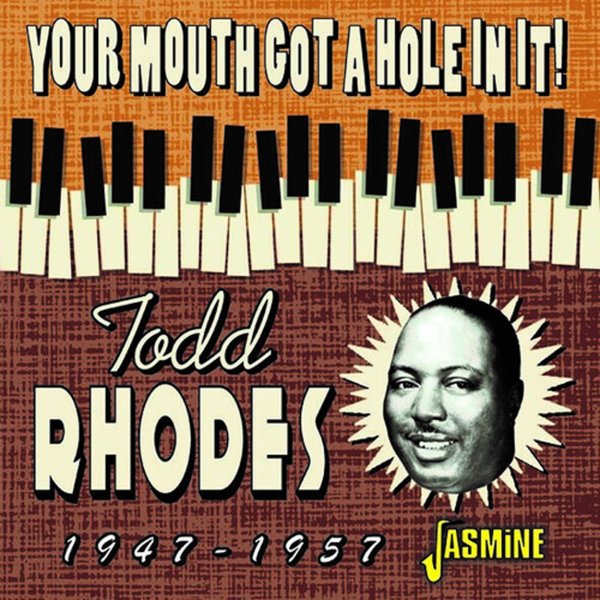 Seminal work from the great Todd Rhodes – a talent who was huge in the postwar years, but never fully got his dues! Rhodes was a bandleader with experience that already stretched for years in jazz before making these cuts – and his style was seminal in the development of R&B in the 50s, with a top-shelf quality that holds up strongly over the years! In some way, Rhodes is a lot like Tiny Bradshaw – an artist who might have made swing records in the 30s, but who was more than able to work in a tight, raw vibe by the late 40s – also, like Bradshaw, graced with a great ear for a singer – as you'll hear in work on the collection that includes early contributions from Lavern Baker, Lonnie Johnson, Wynonie Harris, and others. Rhodes was a real powerhouse during these years, and finally gets presentation of the full scope of his talents – on tracks recorded for both the King and Sensation labels – 30 titles that include "Can't Sleep Anymore", "That Ain't Right", "Blues For The Red Boy", "Pot Likker", "Good Man", "Walkie Talkie", "Lost Child", "Beulah", "Here Comes The Night", "Pig Latin Blues", Gin Gin Gin", "Lovin Machine", and "Your Daddy's Doggin Around"  © 1996-2022, Dusty Groove, Inc.