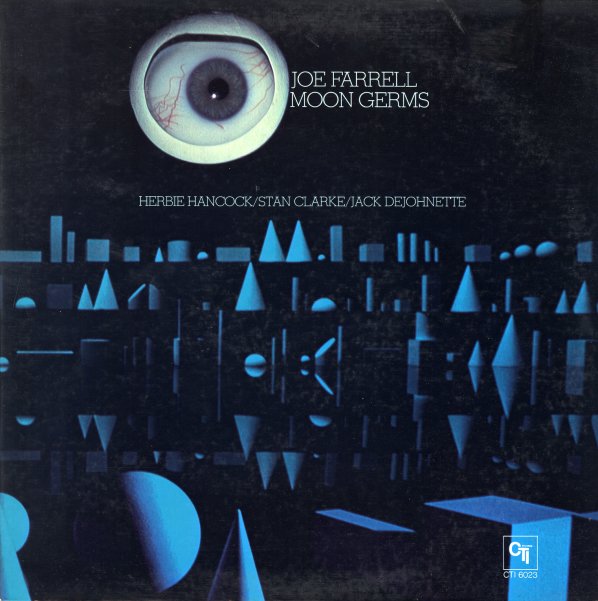 One of the best records ever cut by funky sax man Joe Farrell! The album's got a stripped down, choppy groove – virtually the blueprint for later 70s funk of this type, and played perfectly by Farrell and a very hip quartet lineup! Players include Joe on soprano and tenor sax, Herbie Hancock on keyboards, Stanley Clarke on bass, and Jack DeJohnette on drums – playing with a very angular sense of rhythm that really dives the record! The record's got a tight combo sound that's far more energetic than most CTI jazz from the time – and titles include the great cut "Great Gorge", which has a tight modal sample groove, plus "Times Lie", "Bass Folk Song", and "Moon Germs".  © 1996-2021, Dusty Groove, Inc.
(NOTE – Vinyl has a large press flaw bump near the end of each side that unfortunately skips during "Moon Germs" and thumps during "Bass Folk Song", the rest of the vinyl is great. Cover has some ring and edge wear.)

Straight Life
CTI, 1970. Very Good Gatefold
LP...$24.99 (CD...$13.99)
An amazing second CTI set from Freddie Hubbard – one that takes off nicely from Red Clay territory, and starts to hit an even funkier mode! The tracks here are all relatively long, with a huge amount of solo space for Freddie on trumpet, Joe Henderson on tenor, George Benson on guitar, and ... LP, Vinyl record album