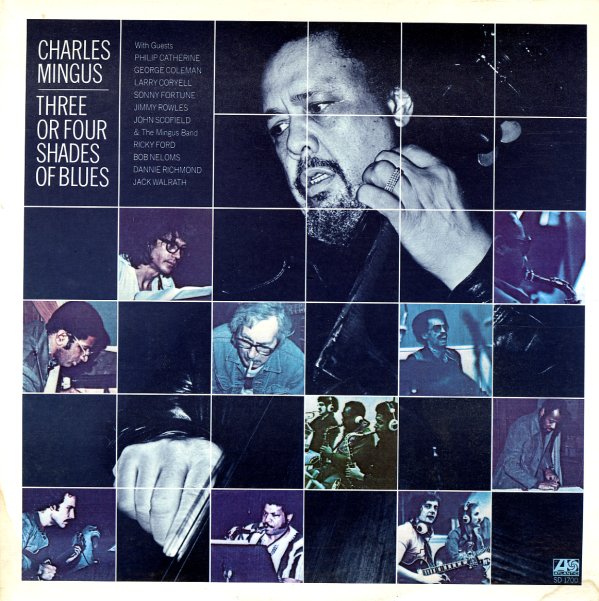 The three or four shades of the blues here are all pretty darn deep – as Charles Mingus is returning to the soulful gospel-influenced mode he swung big in the early 60s! The record's something of a later predecessor of the classics Blues & Roots for Atlantic and Mingus (x5) for Impulse – and the style is slightly less dramatic, but still quite steeped in soulful explorations that feature plenty of notes from the bluer side of the spectrum! Players include George Coleman and Ricky Ford on tenor, Jack Walrath on trumpet, and Larry Coryell on guitar – and titles include new takes on "Better Git Hit In Your Soul" and "Goodbye Porkpie Hat" – plus"Nobody Knows", "Noddin Ya Head Blues", and "Three Or Four Shades Of Blues".  © 1996-2021, Dusty Groove, Inc.
(Cover has some surface wear and light stains, mostly on back.)