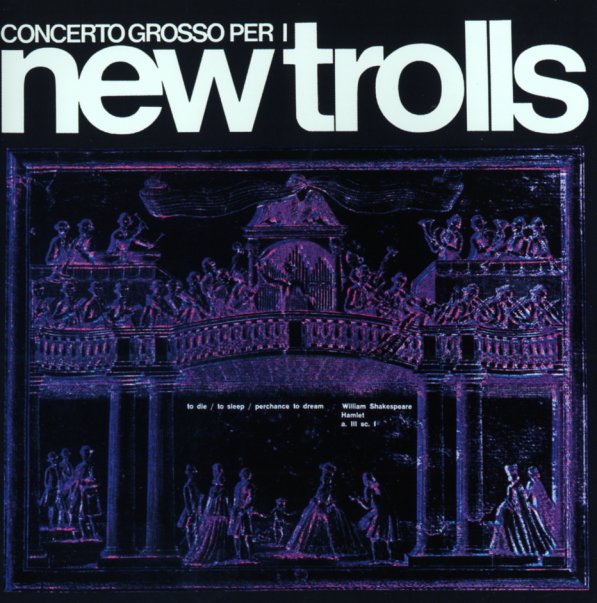 A wicked mix of proggish rocking and funky jazz – totally great, thanks to some added orchestrations from soundtrack maestro Luis Bacalov! The record is easily one of the most interesting from New Trolls – kind of a blend of jazz-influenced rock with some higher-concept ideas – yet saved by the leaner needs of a soundtrack setting – so that nothing ever gets too overdone or overindulgent! There's some wonderful strings which really set the record apart from others of this nature – and there's definitely some Bacalov touches on the keyboards, too. Side one features the full "Concerto Grosso Pour Les New Trolls" – and side two features shorter tracks that are equally nice, one with some great funky flute!  © 1996-2022, Dusty Groove, Inc.
(Limited edition green vinyl pressing!)