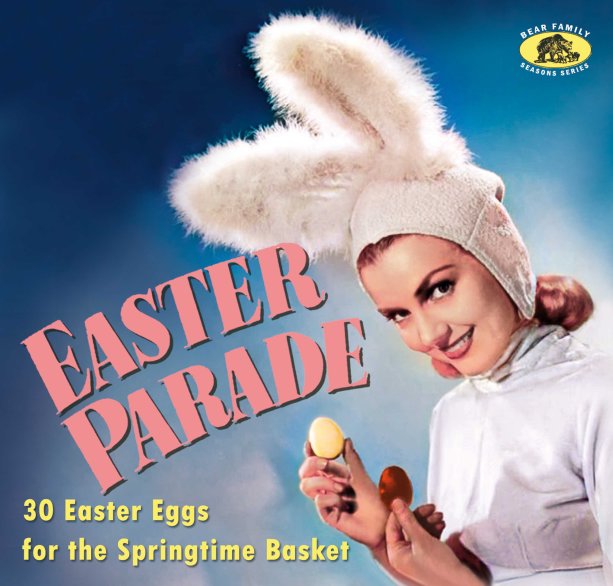 Don't think "Easter", think "groovy springtime" instead – as the tracks here are a great assortment of postwar numbers that conjure up the spirit of spring – some with bunny-themed lyrics, but others with a range of very cool styles! As with other Bear Family collections like this, the music is from a variety of sources – mostly 50s pop, rock, country, and vocal numbers – plus some instrumentals as well – served up in a playful way that really fits the spirit of the cover on the package! The set's overflowing with surprises throughout – and titles include "Suddenly It's Spring" by Chris Connor, "My Chocolate Rabbit" by Beverly Blunt, "Spring Fever" by Ernie Freeman, "Let's Do It" by Jimmy McCracklin, "Chicken Sax" by Rex & The Minors, "Chicken In The Basket" by Billy Bland, "Egbert The Easter Egg" by Betty Clooney & The Sandpipers, "Chicken Necks" by Don & Juan, "The Rooster" by Chuck Higgins, "Something To Do With Spring" by Noel Coward, "Spring Idyll" by Cedric Dumont, "Pickin The Chicken" by Speedy West & Jimmy Bryant, "Spring Will Be A Little Late This Year" by Jeri Southern, "In The Spring Of The Year" by Joe Graydon with Four Hits & A Miss, and "Don't You Go Chicken" by Rudy Preston.  © 1996-2022, Dusty Groove, Inc.