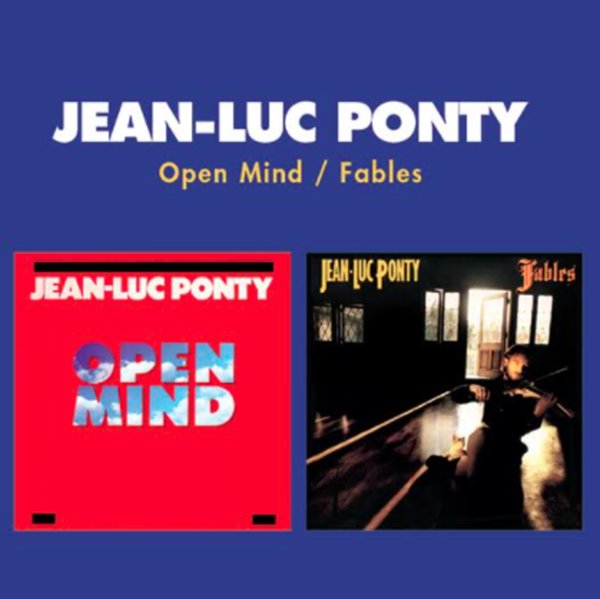 A pair of 80s albums from the fusion master – back to back in a single set! On Open Mind, Jean Luc Ponty is in very tight formation – continuing that nice shift to sparer grooves he made at the start of the 80s – when the more cluttered fusion modes of the 70s seemed a bit outdated! Most of the music here comes from keyboards and violin – usually in ways that are never too jamming, and which often hit a spacious kind of groove that mixes equal parts rock and jazz with a few newer soul influences. Guests include Chick Corea and George Benson, but most of the music is by Ponty himself – and titles include "Open Mind", "Watching Birds", "Solitude", "Modern Times Blues", "Orbital Encounters", and "Intuition". Fables is almost a back-to-basics album for jazz violinist Jean-Luc Ponty – one that has him kicking things up with a bit more heavy fusion than on some of his other 80s records – almost jamming at times, and at least returning to some of the energy he had back in the 70s! Most of the record features a core group with Scott Henderson on guitar, Baron Browne on bass, and Rayford Griffin on drums – and Ponty's playing a few different electric violins, plus a bit of keyboards – on tracks that include "Radioactive Legacy", "Perpetual Rondo", "Cat's Tales", "In The Kingdom Of Peace", "Infinite Pursuit", and "Elephants In Love".  © 1996-2022, Dusty Groove, Inc.