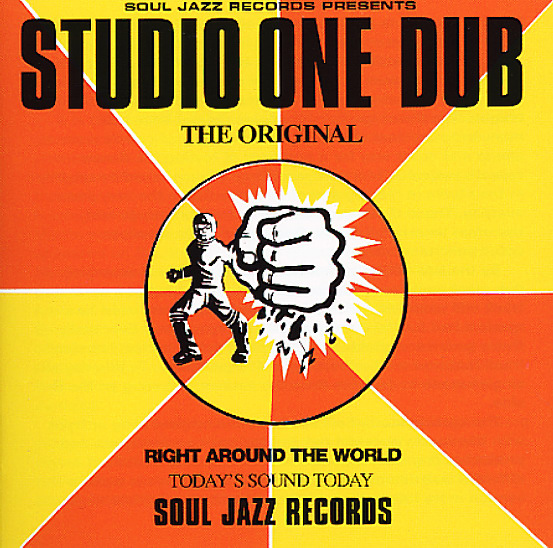 Another round of Studio One butter from the folks at Soul Jazz! By this point you're well informed about the status of Coxsone Dodd's Studio One operation as the cornerstone of so much Jamaican music, and Soul Jazz has approached the catalog from just about every angle, covering nearly all the bases before landing here on this dub set. The sly Island grooves are stripped down to their bare essentials, then given a tasteful bit of dubby gloss at the hands of Sylvan Morris, for a massive collection that'll rule your stereo like Studio One rocked the sound systems back in the day. 17 tracks in all, wrapped in a nice package that includes interviews with Morris and Dodd, and fully annotated as to which numbers the rhythms were originally cut as the backing for. Includes "Bionic Dub", "Sky Rhythm", 'Taurus Dub 2", "Hooligan", "Dub Rock", "Hi Fashion Dub", In Cold Blood Version" and "Feel The Dub".  © 1996-2022, Dusty Groove, Inc.
(Limited edition orange CD!)