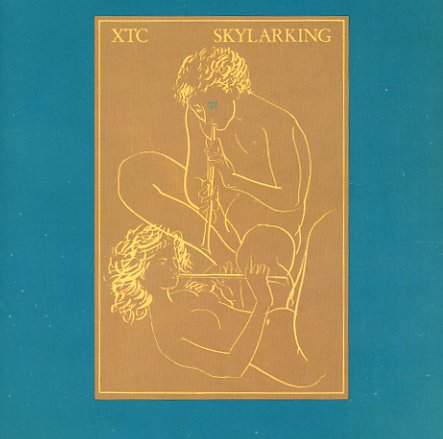 Also available
XTC — Skylarking (Japanese paper sleeve edition – with bonus track) ... CD 11.99
Beautiful later work from XTC – a record that has the group really reveling in that new pastoral sensibility they unlocked with Mummer – on songs that are more slowed down than at their start, with great use of acoustic instrumentation too – all with this well-crafted sense of songwriting that almost seems to preface some of the work to come by groups like High Llamas or Cardinal! There's so many folks who are slavish to the early years of XTC that they often miss the beauty of a record like this – a really cohesive whole that's given some superb production by Todd Rundgren in one of his best 80s moments. Titles include "Dear God", "Dying", "The Man Who Sailed Around His Soul", "Big Day", "Another Satellite", "That's Really Super Supergirl", "The Meeting Place", "Summer's Cauldron", and "1000 Umbrellas".  © 1996-2023, Dusty Groove, Inc.

Life Moves Pretty Fast – The John Hughes Mixtape
Edsel (UK), 1980s. New Copy 2LP
LP...$42.99 49.99
Director John Hughes gave the world some pretty great movies back in the 80s – and in most of those movies, music was a very big part of the experience – as Hughes had a way of using just the right songs in just the right moments, and also helped get wider mainstream exposure for some ... LP, Vinyl record album