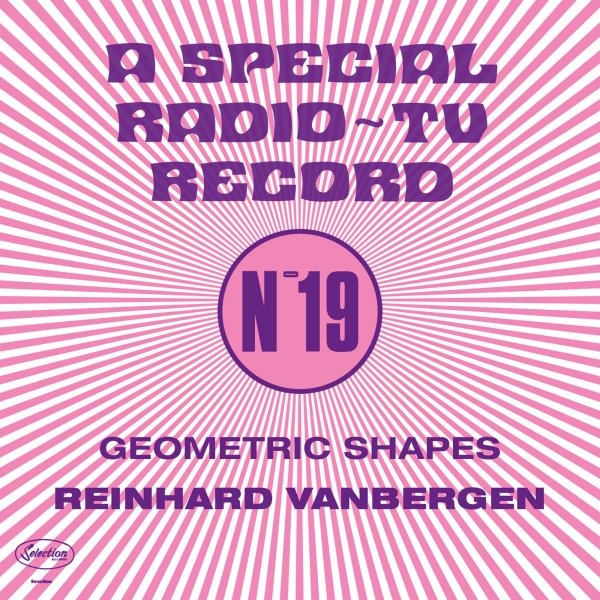 An album that really lives up to its name – as the music here definitely has a sense of shape in space – really careful construction of tracks with keyboards and electronics, in ways make for a very unique project overall! The album's got a headier vibe than you'd expect from work on a sound library label – maybe much more at home on Brian Eno's Obscure label, and even a match for some of the best of his early Ambient projects too – as Reinhard Vandbergen has a wonderful sense of sound, tone, and space – really letting these electronic elements flow out in a gentle way as they find shapes of their own. Titles include "Pentagon", "Hexagon", "Rhombus", "Star", "Trapezium", "Triangle", "Circle", and "Parallelogram".  © 1996-2022, Dusty Groove, Inc.

Koen De Bruyne In Kluis – Special Radio/TV Record No 20
Selection/Sdban (Belgium), 1975. New Copy (reissue)
LP...$26.99 34.99
A really haunting little sound library record, and one that's very different than just about anything else we can think of in the genre! The set is filled with spare keyboards and electronics – almost in the territory of Terry Riley, but slowed down in pace – so that it's more spacious ... LP, Vinyl record album

Geographies – 13 Proverbes Africains – Made To Measure Vol 5 (with bonus download)
Crammed (Belgium), Early 80s. New Copy (reissue)
LP...$17.99 19.99 (CD...$11.99)
Beautiful work from Hector Zazou, and one of those wonderfully hard to define records from the early days of the Crammed label – a company that always had a strong penchant for mixing up both musical and cultural modes in really unique ways! The record is part of a series of imagined ... LP, Vinyl record album