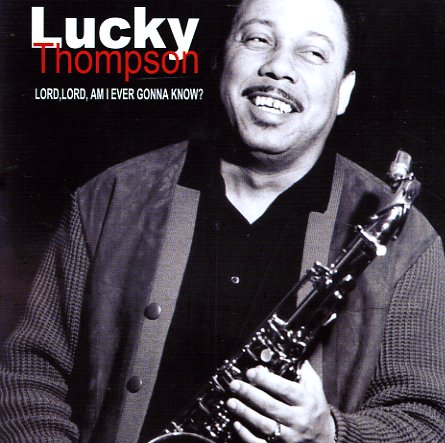 Lord Lord Am I Ever Gonna Know?

Rare French material from Lucky Thompson – and a set of tracks that really shows a lot of artistic growth overseas since his better-known Paris dates of the mid 50s! The setting is relatively spare – a quartet with Martial Solal on piano, Peter Trunk on bass, and Kenny Clarke on drums – and in addition to his famous tenor, Thompson also plays some soprano sax too – an instrument he'd really develop on the European scene during the 60s, already blown with a really unique tone here. Solal's piano keeps things offbeat throughout – creating the sort of subtle edge that Thompson was bringing into his own music too – and even when gentle, there's a burning intensity to the record that we really love, and which marks a key moment when Lucky's music really started getting interesting. Titles include "Lord Lord Am I Ever Gonna Know", "Love & Respect", "Say That To Say This", "Choose Your Own", "Warm Inside", and "Scratching The Surface".  © 1996-2022, Dusty Groove, Inc.