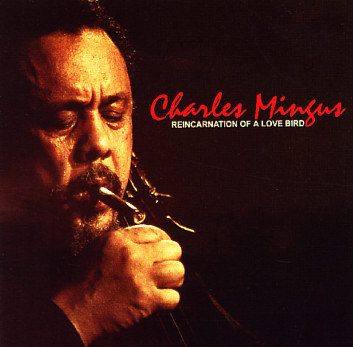 Reincarnation Of A Love Bird (Candid)

A great counterpart to the two famous Charles Mingus albums for the Candid label – really a third "lost" Candid album, recorded at the time of those sets, but never issued until many years later! As with those great dates, the work here is filled with righteous anger, unbridled emotion, and some of the most passionate jazz work of the 20th Century – directed by Mingus with unfailing energy on the bass, and featuring solo work from players who include Charles McPherson, Lonnie Hillyer, Booker Ervin, Paul Bley, Eric Dolphy, and Jimmy Knepper. None of the tracks here appeared on the albums that were released by Candid – Presents Charles Mingus or Mingus – and they were all recorded on the November 11, 1960 date that yielded part of that second album. Titles include "Bugs", "Reincarnation of a Lovebird", "R&R", "Wrap Your Troubles In Dreams", and a soulful take on "Body and Soul".  © 1996-2022, Dusty Groove, Inc.