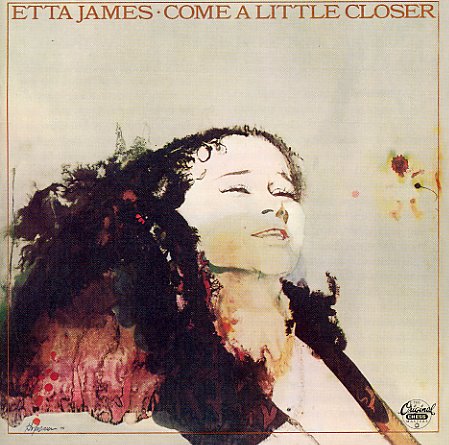 An excellent set of messed-up funky soul from Etta James – one of her killer early 70s sides for Chess! The album mixes together bluesy tracks and straight ahead soul – in a hip, bad-walking style that nicely updates Etta's older style for the 70s. The set includes a great funky cut called "Out On The Street Again", which sounds like it should be the theme to some blacksploitation film because it's got these cool strings, and a nice hard groove. Other cuts include "Power Play", "Mama Told Me", "You Give Me What I Want", and "Come A Little Closer".  © 1996-2021, Dusty Groove, Inc.
(Original pressing. Cover has a cut corner.)

London Sessions
Chess, 1972. Very Good Gatefold
LP...$11.99
Chuck Berry makes the same London move as some of his other Chess Records contemporaries – and the result is one of Chuck's best albums from the later years! The set's not as star-studded as other efforts of this nature – but that's fine with us because Chuck really shines as the lead ... LP, Vinyl record album

Bunch Of Goodies
Chess, Late 50s. Very Good+
LP...$19.99
A great little compilation of early vocal group material on Chess Records! The set is very heavy on tracks by The Moonglows – including "Please Send Me Someone To Love", "When I'm With You", "Sincerely", "Most Of All", and "We Go Together". ... LP, Vinyl record album

On The Case
Chess, 1970. Sealed
LP...$14.99
A full-blown, very righteous offering from Chess to the political cause of Operation Breadbasket! Tenorist Ben Branch leads the large gospel-tinged group – and sax player Gene Barge produces and plays, with a style that's very much in the Chess/Checker bag of the late 60s soul era. Most ... LP, Vinyl record album

Memphis Gold Vol 2
Stax, 1967. Very Good-
LP...$11.99
Back in the 60s, Memphis Gold was Stax Records Gold – and there's no finer proof of that fact than this classic compilation! Titles include "Baby" by Carla Thomas, "Everybody Loves A Winner" by William Bell, "Soul Finger" by The Bar-Kays, "Your Good ... LP, Vinyl record album