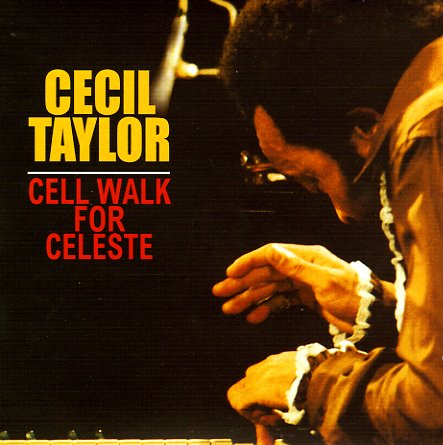 A standout album in Cecil Taylor's creative run for the Candid label at the start of the 60s – not only because it features great work from a young Archie Shepp on tenor, but also because trumpeter Clark Terry makes a surprising appearance too! Shepp works with Taylor on the album's famous title track "Cell Walk For Celeste" – relatively free and improvised, with Buell Niedlinger on bass and Dennis Charles on drums. Then Shepp and Niedlinger play a haunting duet on "Davis" – very structure-less, and a key early improvisation from the New York scene. "Jumpin Punkins" has a much more traditional swing – with Terry joining in on trumpet, plus Steve Lacy on soprano sax, Roswell Rudd on trombone, and Billy Higgins on drums – all working out with energy that almost reminds us of a Shepp Impulse session from later in the decades. Other titles include "Section C", and alternate takes of "Jumpin Punkins" and "Cell Walk For Celeste".  © 1996-2022, Dusty Groove, Inc.