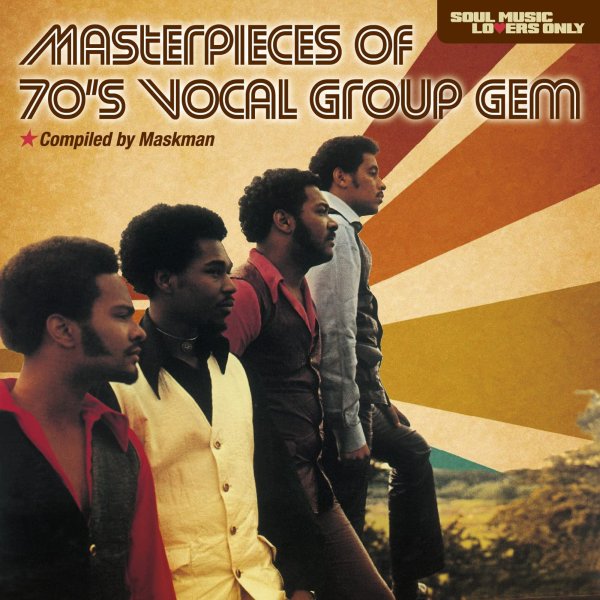 Classic vocal group material from the 70s – a great little set that serves up the music in many different ways – mixing funky cuts with mellow moments, and interspersing some catchy numbers in between! The range of tracks here is fantastic – way more than a standard selection of this nature – as the work is from a number of different labels and a number of different scenes – a well-chosen array that really fits well together! Titles include "It's You Girl" by Universal Love, "That's Why" by Natural High, "Dancing To Your Music" by Archie Bell & The Drells, "Something New About You" by Silent Majority, "Just Realized" by Reflection, "Oops It Just Slipped Out" by The Courtship, "Satisfactorize Your Mind" by Africano, "I'm No Better Than You" by The Fiestas, "She Calls Me Baby" by J Kelly & The Premiers, "You Only Get Out Of Love" by The Lost Generation, "Hey Pearl" by Prime Cut, "I'm A Scorpio" by Imported Moods, "Let Me In Your Heart" by Rising Sun, and "You Knock Me Out" by Wildflower.  © 1996-2023, Dusty Groove, Inc.