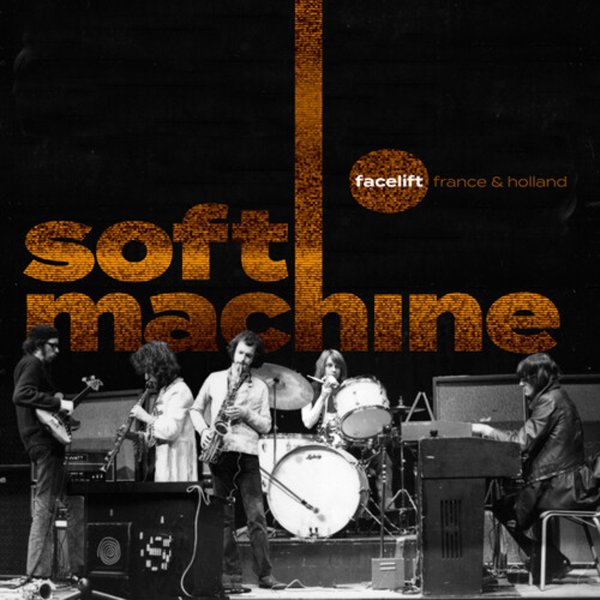 There's been many Soft Machine live albums issued over the years – and while they're all pretty great, few may be as essential as this rare slice of work from 1970! The material captures the group right before the freewheeling side-long tracks of their famous album Third – the record that really catapulted the more longform, jazz-informed side of the Soft Machine sound – served up here with the great Robert Wyatt still at the drums, reminding us what a force he could be while he could still handle the instrument with such ferocity – next to the saxes of Elton Dean and Lyn Dobson, the bass of Hugh Hopper, and Hohner Planet and Lowrey Deluxe keyboards of Mike Ratledge! The tracks are long extrapolations of themes from albums – filled with plenty of improvisation, and recorded in the first half in a set done in Paris in March of 1970, and the second in an Amsterdam show from earlier that same year.  © 1996-2022, Dusty Groove, Inc.
(DVD is great, too – some of the earliest known footage of the band!)

Bridge
Industrial/Mute, 1979. New Copy
CD...$13.99 14.99
A groundbreaking bit of cold wave music from the duo of Thomas Leer and Robert Rental – one of the first and still one of the best realizations of that unique post-punk aesthetic – served up here in a style that's as tuneful as it is noisy, as catchy as it is dark and brooding! The ... CD