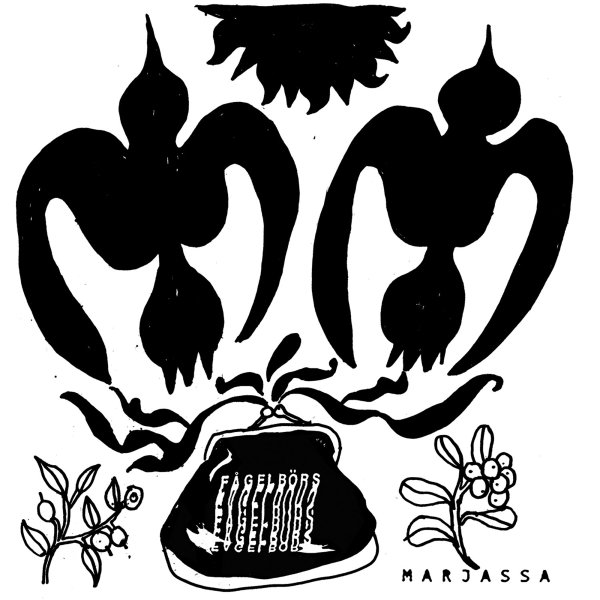 A really beautiful little record, and one that's got a very old school approach to improvisation! The set's got a rhythmic pulse that comes from a piano-less group – a bit in the Ornette Coleman tradition, but less harmelodic, and with some of the looseness of the loft jazz generation – served up over the album-length title track, with great work from Matti Luokkanen on tenor, Tuure Tammi on trumpet, Tero Kemppainen on bass, and Jaakko Tolvi on drums! The bass and drums are every bit as important to the sound as the horns – and the whole thing is wonderfully balanced throughout.  © 1996-2022, Dusty Groove, Inc.
(Hand-numbered limited edition of 200 – in recycled, silkscreened variable covers!)

Christian Reim Trio
Jazzaggression (Finland), 2022. New Copy
LP...$28.99 34.99
Christian Reim is a Norwegian jazz legend, with a legacy of recordings that stretches back to the 60s – but here, he presents new material with two different trios – both of whom have the pianist sounding even more vibrant than ever! The first half of the set features Harald Johnsen on ... LP, Vinyl record album

Mona Lisa – Moldejazz 1973
Jazzaggression (Finland), 1973. New Copy
LP...$16.99 27.99
A real masterpiece from pianist Christian Reim – an unissued live set from 1973, conceived as one long suite for a very modern sextet! The music is wonderful – full of all these subtle moments of feeling that we don't always hear in some of Christian's other work – mixed with ... LP, Vinyl record album