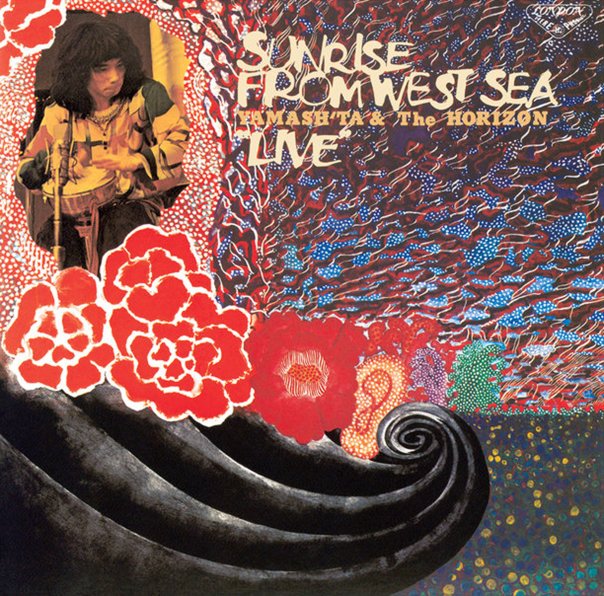 Also available
Stomu Yamash'Ta & The Horizon — Sunrise From West Sea ... CD 16.99
The Japanese scene of the 70s had plenty of experiments that blended contemporary and traditional instrumentation – but this album-length jam from percussionist Stomu Yamashta may well be one of the most striking from the time! You'll no doubt know Stomu from some of his later records that got more global circulation – but this set was originally only issued in Japan, and mixes some of his progressive leaning with a very free jazz sensibility – served up by a quartet that also features Masahiko Satoh on organ, Takehisa Kosugi on electric violin, and Hideakira Sakurai on electric koto, shamisen, and more percussion! Stomu himself is unbound, and plays with a frenzy we've not heard before – and the mix of the other instrumentation, especially koto and shamisen, creates all these really unusual sounds and tones throughout. The album features one long track, recorded live at Yamaha Hall in Tokyo!  © 1996-2023, Dusty Groove, Inc.

Rolling Stones On Air (with bonus tracks)
BBC/Abkco, Mid 60s. New Copy 2LP Gatefold
LP...$13.99 34.99
A massive discovery of material from the early Rolling Stones – beautifully-recorded performances that were originally done for the BBC – served up here in a double-length set that adds a huge amount of sounds to the start of their catalog! The tracks here date from 1963 to 1965, and ... LP, Vinyl record album