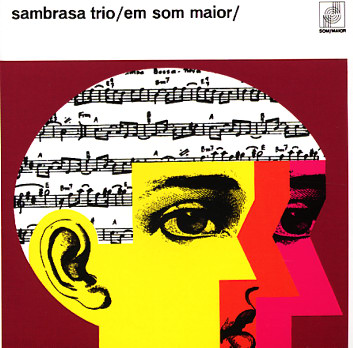 A rarely early bossa recording from Hermeto Pascoal – heard here on both piano and flute, and working in a pre-Quarteto Novo trio alongside a young Airto Moreira on drums! The sound is much more conventionally bossa than any of Hermeto's later work – but still filled with a tremendous sense of fluid grace and invention – a markedly different mode than some of his contemporaries of the time, and a sound that really hints at the genius to come. Airto's totally great too – hitting the drum kit in all sorts of unusual ways, and already demonstrating a strongly melodic approach to percussion. The last member of the group is bassist Humberto Clayber, who also plays a bit of cool harmonica – and titles include "A Jardineira", "Clerenice", "Duas Contas", "Arrastao", "Sambrasa", "Aleluia", and "Joao Sem Branco".  © 1996-2022, Dusty Groove, Inc.