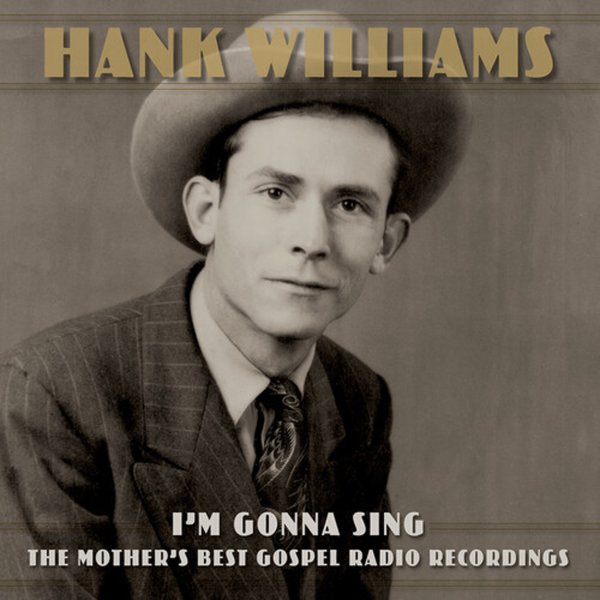 Also available
Hank Williams — I'm Gonna Sing – The Mother's Best Gospel Radio Recordings ... CD 24.99
Hank Williams may be best known as a hard-living figure in early country music – one who put his heart on the line, and left the planet all too soo – but like most of his contemporaries, Hank also had a special ear for a spiritual tune – the kind of Sunday morning tracks that were often sung as redemption for the sins of Saturday night! That balance is crucial to country music, and maybe nobody struck it better than Williams – as you'll hear here in a set of recordings that were all pulled from his classic radio programs done for the Mother's Best Flour company! These are tracks that were never issued on record at the time – and while some of Hank's biggest hits are of the honky tonk variety, these cuts also show the way he had a different side of appeal to the plain folks out there in his audience too. The cuts here aren't sleepy church tunes – as Williams sings them with the kind of heartbreaking style he brought to his love songs other numbers – and the set features 40 classics from these rare recordings, served up here for the first time together!  © 1996-2022, Dusty Groove, Inc.

Gunfighter Ballads & Trail Songs (clear with black smoke swirl vinyl pressing)
Columbia/Real Gone, 1959. New Copy (reissue)
LP...$23.99 24.99
The great Marty Robbins did plenty of things in his many years with Columbia Records – music from straight country, to Hawaiian tunes, to crossover pop – yet the singer will forever be known for his western-themed songs – and in particular, this classic collection of tracks! ... LP, Vinyl record album