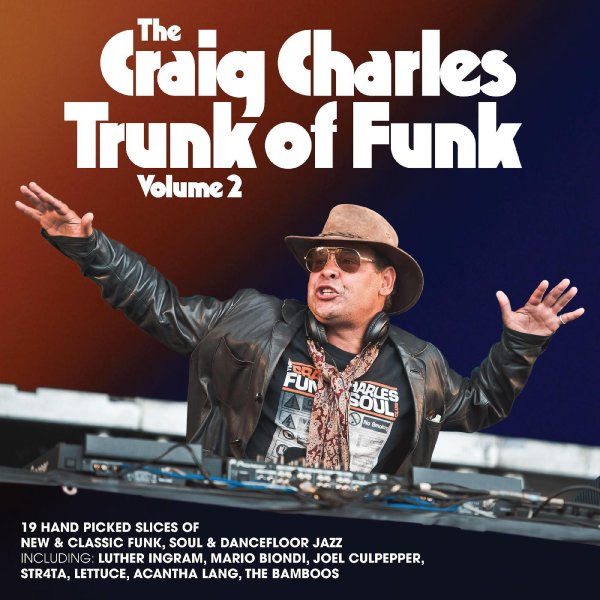 DJ Craig Charles has been the main man spinning funk on the BBC for many years – almost a John Peel for the Daptone/Coalmine label crowd – and here, he unveils a second sparkling collection of some of his favorites – tracks that are mostly contemporary funk numbers, but mixed with a bit of vintage material too! A few tracks are exclusive mixes to the set, and all the numbers are well-chosen cuts that bridge the gap between 70s funk and the contemporary underground – titles that include "Move On Baby (Trunk Of Funk mix)" by The Allergies, "Why Did You Do It (Reflex re-vision)" by Ferry Ultra, "Slow Down (Smoove's Trunk Of Funk rmx)" by Smoove & Turrell, "Ride On Time" by The Bamboos, "Rhythm In Your Mind" by Str4ta, "My People" by Cha Wa, "Sorry Fly Away" by Souljazz Orchestra, "If It's All The Same To You Babe" by Luther Ingram, "Your Autumn Of Tomorrow" by The Crow, "Mixed Race Combination" by Joseph Malik, "Beat It" by The Traffic, "This Is What You Are (radio edit)" by Mario Biondi, "He Said/She Said" by Acantha Lang, "Soul Makossa" by Lafayette Afro Rock Band, "Sitting On Top Of The World" by Jay Nemor & Electrified, and "Don't Hold Me Down" by PM Warson.  © 1996-2022, Dusty Groove, Inc.