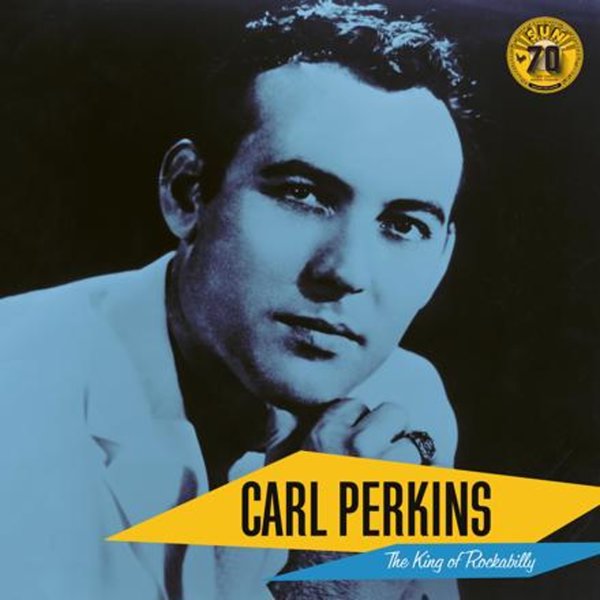 A well-done collection of work from one of the real giants of the early days of Sun Records – and we mean that in more ways than one, as Carl Perkins was a towering figure of a man! Perkins may not have hit the fame as Elvis Presley or Johnny Cash, but his work here is every bit as wonderful, and a key part of the Sun Records sound – raw material that's way more than the standard rockabilly you'd hear on other labels – as there's this special kind of mojo that really knocks these tracks out of the park! Titles include classics like "Matchbox", "Honey Don't", and "Blue Suede Shoes" – plus all sorts of other gems that include "Put Your Cat Clothes On", "Sweethearts Or Strangers", "Look At That Moon", "Movie Magg", "Everybody's Trying To Be My Baby", "YOU", "All Mama's Children", and "You Can Do No Wrong".  © 1996-2022, Dusty Groove, Inc.
(Sun Records 70th Anniversary remastered!)