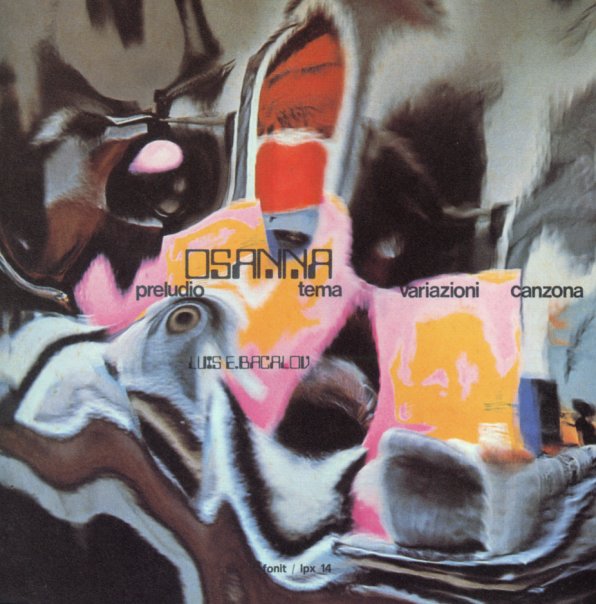 Heavily percussive jamming from the Italian scene of the early 70s – an album done in collaboration with Italian soundtrack composer Luis Bacalov – who handled all the arrangements and orchestrations for the record! The core approach is a harder take on modes explored by Bacalov and contemporaries in their film scores – stark, bold sounds that have a bit of jazz and a bit of groove – played here with more force than on the usual soundtrack album, and in a way that often uses heavy guitars. The style's almost like that of Goblin scores, but without the keyboards – and while there's a bit of vocals on the record, the main focus is really on the instrumentation overall. Recorded as a soundtrack, but performed as an extended rock orchestra piece – with passages that include "Preludio", "Tema", "Canzona", and assorted "Variaziones".  © 1996-2022, Dusty Groove, Inc.
(Limited edition green vinyl pressing!)