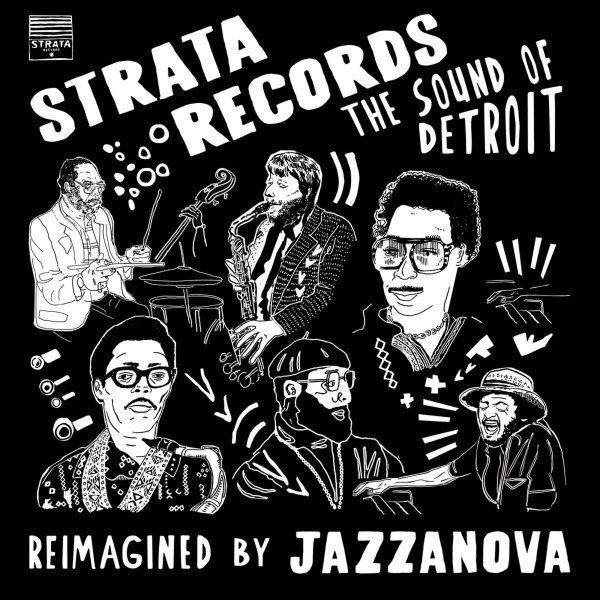 Also available
Jazzanova — Strata Records – The Sound Of Detroit – Reimagined By Jazzanova ... CD 19.99
An incredible tribute to the legendary Strata Records in Detroit – performed by Jazzanova with a host of other guests – and at a level that's maybe the greatest thing the group has ever given us on record! The vibe here is a lot more Strata and spiritual than the style you'd expect from Jazzanova – as they take on tunes by label legends like Lyman Woodard, Kenny Cox, Sam Sanders, Maulawi, and other talents from the same Motor City underground of the 70s that gave the world Tribe Records. Instrumentation is a blend of Fender Rhodes and lots of live jazz work on flute, tenor, trombone, and trumpet – sometimes topped with vocals from Sean Haefeli, who really helps open up the soulful side of the tunes! Wonderful throughout, better than we might have even guessed – with titles that include "Joy Road", "Face At My Window", "Ortotundes", "Loser", "Scorpio's Child", "Creative Musicians", "Lost My Love", "Inside Ourselves", and "Saturday Night Special".  © 1996-2023, Dusty Groove, Inc.