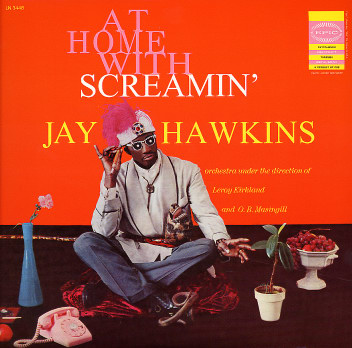 This is the real deal for Screamin Jay Hawkins – a full album of his first early work for the Okeh label in the mid 50s, stuff that was recorded long before his too-gimmicky records for mainstream audiences! The sound here is hard and heavy – and pretty darn spooky too – best summed up by Hawkins' classic "I Put a Spell On You", which sets the tone here – but followed up beautifully by a batch of similar material that brings a new level of screamin' to 50s R&B! Titles include "Give Me My Boots & Saddle", "Hong Kong", "If You Are But A Dream", "You Made Me Love You", "Orange Colored Sky", "Temptation", and "I Love Paris" – and Jay's versions of the standards are almost as great as his original material!  © 1996-2023, Dusty Groove, Inc.
(Individually numbered limited edition of 1000 – on heavyweight red vinyl!)