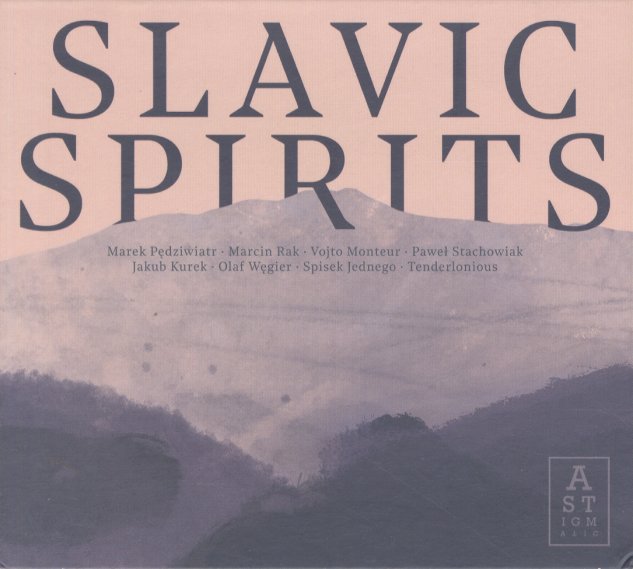 The spirits here are way more than Slavic – as Eabs continues its strong run of genre-breaking work in jazz – music that's often a bit hard to pin down as it moves through a range of sounds, styles, and sonic approaches! There's certainly some jazz at the core, but there's also a richer sense of the overall presence of the music – maybe that earlier experimental quality of ECM, but brought back into a fuller group, and nicely shaken of any sort of ECM pretense – with a vibe that's younger and more earnest to get their message across. A key part of their approach features some key sound effects from Spisek Jednego, who layers in all these organic elements – next to some fantastic keyboard contributions from Marek Pedziwiatar, reeds from Tenderlonious and Olaf Wegier, trumpet from Jakub Kurek, guitar from Vojto Monteur, drums from Marcin Rak, and bass from Pawel Stachowiak. Titles include "Sun Worship", "Sleza", "The Noon Witch", "Woodland Spirit", and "The Darkness".  © 1996-2022, Dusty Groove, Inc.

Kwiatostan
Astigmatic (Poland), 2020. New Copy
CD...$13.99 16.99
There's a lot of sonic intensity to this record from Polish quartet Bloto – a sound that's got maybe the same mix of jazz, electronics, and deep bottom sounds as some of the famous Bill Laswell projects from years back! Yet these guys are also very much in territory of their own – ... CD