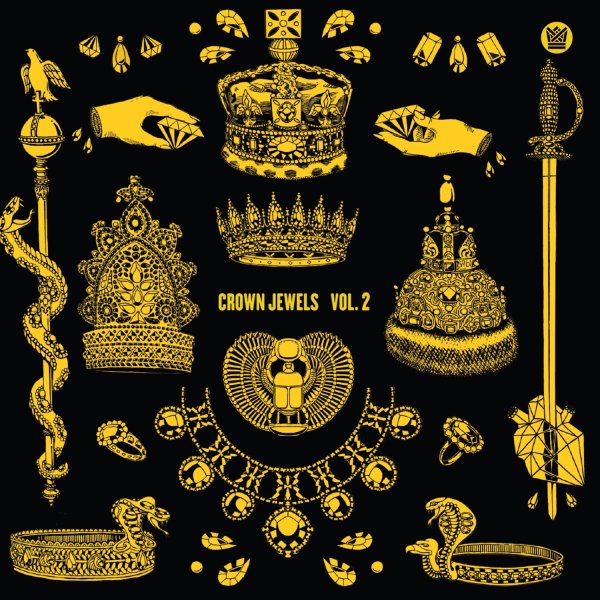 A heaping helping of jewels from the mighty Big Crown label – an imprint that's become one of the leading outlets for the sorts of sounds we used to know from deep funk outlets like Daptone, Soul Fire, and even Desco! Yet in the time they've been around, Big Crown have also done a lot to push the genre forward, too – really experimenting with different sounds and new production techniques – which get great display here on a nicely varied batch of tracks from the label's run of records in recent years! Titles include "Reasons" by El Michels Affair with Bobby Oroza, "Bye Bye" by Brainstory, "Xxplosive" by Bacao Rhythm & Steel Band, "Float Back To You" by Holy Hive, "Grow Forever" by Lizette & Quevin, "Piece Of Me" by Lady Wray, "Murkit Gem" by El Michels with Piya Malik, "Fight" by Liam Bailey, and "Tonight You Might" by Synthia with Lady Wray.  © 1996-2022, Dusty Groove, Inc.
(Golden haze colored vinyl pressing!)