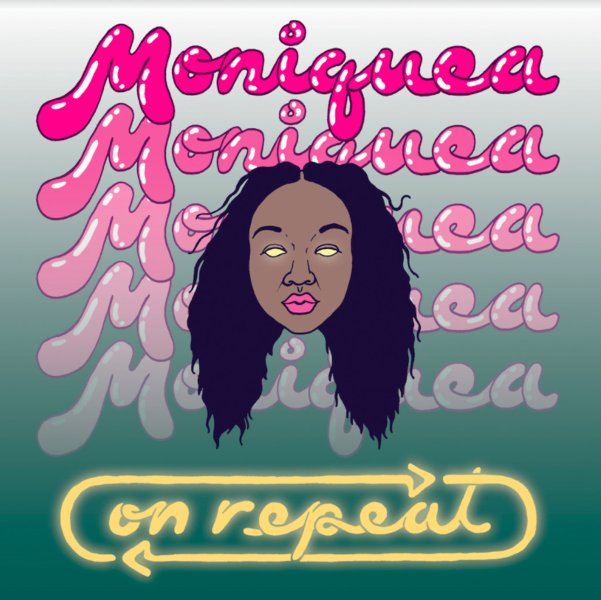 Also available
Moniquea — On Repeat ... LP 19.99
There's a nicely dated look to the cover, and Moniquea comes across here with just the sort of 80s vibe you'd expect – plenty of beats and fat basslines underneath the keyboard-heavy instrumentation – all served up with a sweet sort of update on an older electro soul mode! The producers vary from track to track – and include Throwbakk and XL Middleton – but there's a nicely unified vibe to the whole record, and Moniquea brings plenty of soul to her vocals – making the whole thing way more than just a set of beats with a singer on the top. Titles include "Hate To See It", "How I Get Down", "Galaxy Dance", "I'm Not Sayin Nothin", "Movin On", "Don't You Worry", "Who Is That Girl (XL Middleton rmx)", "A Certain Way (Ghost rmx)", and "Just Wanna Dance".  © 1996-2023, Dusty Groove, Inc.