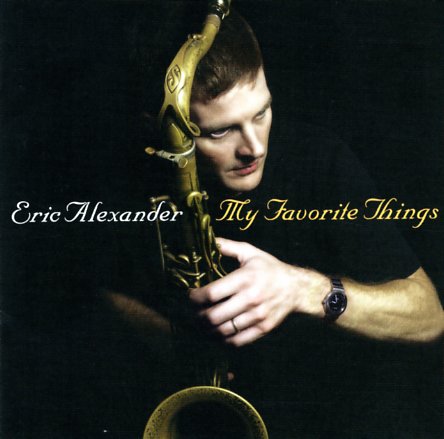 A fitting title for this one – because Eric Alexander is one of our favorite things in jazz – and albums like this are the reason why! Alexander's tenor is in very sharp-edged formation here – working with a familiar quartet of David Hazeltine on piano, John Webber on bass, and Joe Farnsworth on drums – and hitting an open, expressive solo mode on every number! The more upbeat tunes are filled with the quick-thinking, freely-creative work that links Eric's tenor to that of Sonny Rollins in his best years – and the mellower tracks almost show some of the soulfulness of Stanley Turrentine or Hank Mobley. But after dozens of recordings, Alexander hardly needs to be compared to anyone else – as he clearly stands on his own as one of the few living giants in jazz. Vinyl features 5 titles that include "Sugar", "Lover Man", "My Favorite Things", "As Time Goes By" and "Airegin".  © 1996-2022, Dusty Groove, Inc.
(Great Japanese pressing – heavy vinyl and cover, with obi!)