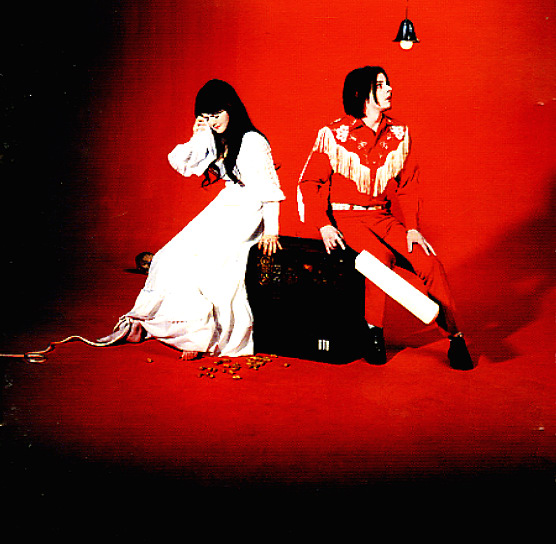 One of the best by The White Stripes – delivering on the rambunctiousness of their blues punk roots while making their greatest creative strides yet! There's a few more tracks with acoustic guitar and keyboards here, and some songs that honestly feels a bit like Led Zeppelin with the indulgent rock star bombast trimmed away. It's a more ambitious set from Jack and Meg than we expected to come after their more primal early recordings – and that's a good thing! Includes the hits "Seven Nation Army" and "The Hardest Button To Button" – plus "Black Math", "In The Cold, Cold, Night", "Ball And Biscuit", "Little Acorns", "Hypnotize", "Girl, You Have No Faith In Medicine", "It's True That We Love One Another" and more.  © 1996-2022, Dusty Groove, Inc.

Icky Thump
Third Man, 2007. New Copy 2LP Gatefold (reissue)
LP...$19.99
The last album in The White Stripes incredible late 90s to mid 00s run – and they really went out on an epic high note – one of their very best records! As kicked off by the classic title tune, this one goes on to be fully connected to their raw roots, but committed with a bigger, more ... LP, Vinyl record album

Fear Of The Dawn
Third Man, 2022. New Copy
LP...$16.99 22.99
Jack White's knack for reinvention comes off as natural as ever on Fear The Dawn – staying connected to the raucous style we know and love via rumbling rhythms, fuzzed out guitars and his distinctive voice – but doing so with spacier textures than we'd have have expected, even after the ... LP, Vinyl record album