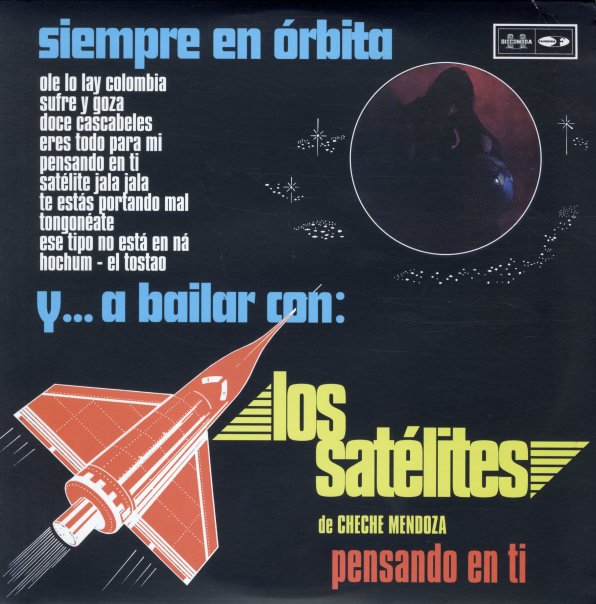 A great album from Cheche Mendoza and his Los Satelites combo – a group who first formed in the 60s, but who were really hitting their stride by the time of this record! The combo hail from Venezuela, and have a vibe that's nicely different than some of the New York and Puerto Rican groups of the time – maybe a slight touch of Colombia in the rhythms, although the piano and trumpet lines are definitely in an early salsa mode – served up in a small group style that's definitely inherited from the Joe Cuba Sextet, but taken in a nice new direction. Vocals are by Mauricio Conde and Cheche himself – and the group features piano from Nano Ladera, trombone from Cesar Monges, and trumpet from Cesar Fuentes. Titles include "Hochum", "Sufre Y Goza", "Pensando En Ti", "Este Tipo No Este En Na", "Doce Cascabeles", "Satelite Jala Jala", "El Tostao", and "El Triunfo".  © 1996-2023, Dusty Groove, Inc.

Conjunto Ingenieria
El Palmas (Spain), 1960s. New Copy
LP...$32.99 36.99
The cover's a bit stark, but the music is warm and wonderful – a collection of cuts by an obscure Venezuelan group of the 60s – a Latin combo who were originally formed by a bunch of engineering students – hence the name of the group! The music's not the stuff of slide rules and ... LP, Vinyl record album

Gozando (180 gram pressing)
Mag/Vampi Soul (Spain), Mid 60s. New Copy (reissue)
LP...$29.99 33.99
A complete killer from the Peruvian scene of the 60s – a set that shows just how special it is when the leadoff descarga track breaks into a searing saxophone solo within the first few seconds! Things don't let up after that – and Al Valdez keeps things moving and grooving at a level ... LP, Vinyl record album