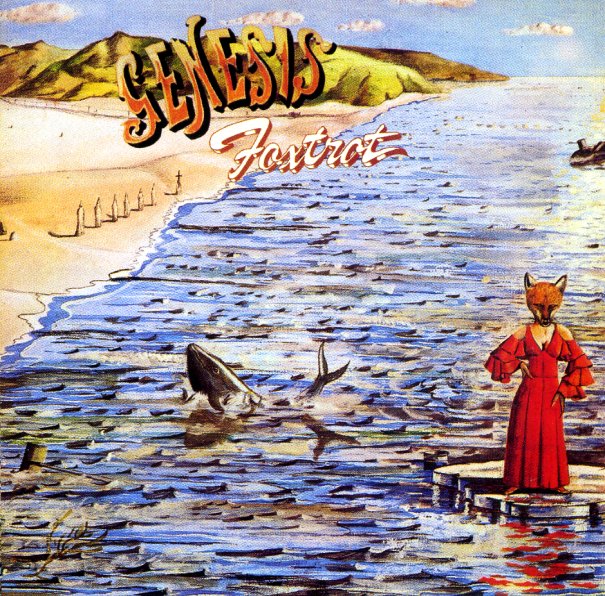 A fantastic classic from Genesis – a record that really has the early version of the group at their height – able to spin out longform instrumental passages that would go onto shape a generation of proggers who tried to copy their sound – amidst lyrical moments that really have Peter Gabriel hitting his imaginative stride! The set's worth it alone for the amazing side-length "Supper's Ready" – a track so trippy, it's completely different than the Phil Collins-led era of Genesis – and the record features so many other great moments – like the commentary on urban housing that is "Get Em Out By Friday", the soaring keyboard-driven "Watcher Of The Skies", and the majestic "Can Utility & The Coastliners". All that and one of the strangest covers of all time too!  © 1996-2022, Dusty Groove, Inc.
(Out of print, includes obi.)

Goats Head Soup
Virgin, 1973. Used
CD...$4.99 (CD...$8.99, LP...$31.99)
A sometimes-overlooked classic from the Rolling Stones – but that's maybe just because it's sometimes obscured in the shadow of Exile On Main Street, the record that immediately preceded it! And while it might be a stretch to some, we like to think of Goat's head as kind of a capper to that ... CD

Goats Head Soup (Collector's edition)
Virgin, 1973. Used Gatefold
CD...$8.99 (CD...$4.99, LP...$31.99)
A sometimes-overlooked classic from the Rolling Stones – but that's maybe just because it's sometimes obscured in the shadow of Exile On Main Street, the record that immediately preceded it! And while it might be a stretch to some, we like to think of Goat's head as kind of a capper to that ... CD