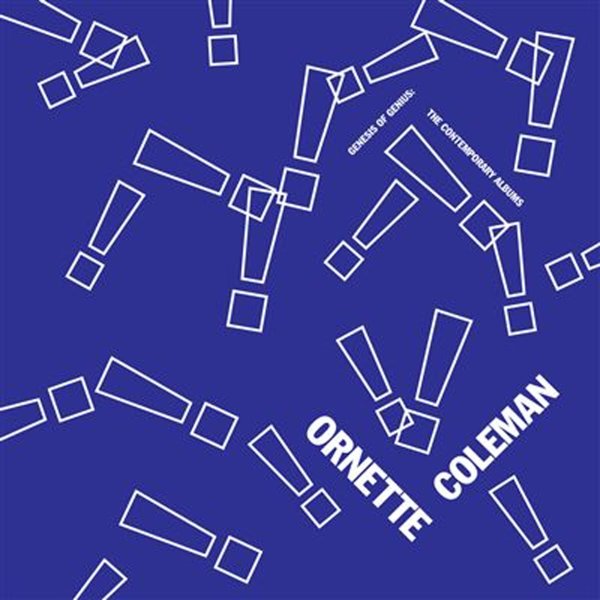 Also available
Ornette Coleman — Genesis Of Genius – The Contemporary Albums (Something Else/Tomorrow Is The Question) ... CD 22.99

A pair of groundbreaking albums from modern saxophone giant Ornette Coleman – served up here with new remastering, and a whole new set of notes! First up is Something Else – pre-Atlantic work from Ornette Coleman – one of his first recorded statements in jazz – and one of his boldest! At some level, the complete Coleman sound isn't entirely in place here – as there's a bit of a trace of hardbop in the mix – not entirely, but just a bit. But at another level, the record's still way darn bolder than just about anything coming out of LA at the time – proof that amidst all the cool jazz ruminations of the 50s, there was a second wave of modernism about to explode! The group here features Don Cherry on trumpet, Walter Norris on piano, Don Payne on bass, and Billy Higgins on drums – and while the core harmelodic rhythmic approach isn't always in place, it's more than made up for by some surprisingly free energy. Titles include "Invisible", "The Blessing", "Alpha", and "The Sphinx". Next is Tomorrow Is The Question, a modernist masterpiece – and even this many years after its recording, this early set by Ornette Coleman has an energy and presence that cannot be denied! The sound here is kind of a rougher take on the mode that would gel more strongly on Ornette's Atlantic albums – but even so, it's still incredibly fresh, and well worth seeking out – especially as an example of the sharper edges that were bursting forth from the once-cool west coast scene! Coleman's on alto sax and Don Cherry is on trumpet – but they're not joined by their more familiar associates, and are instead working with a more conventional rhythm team that includes either Percy Heath or Red Mitchell on bass, and Shelly Manne on drums – all clearly trying to make a bit of sense of Ornette's approach here, but in a way that also creates a great sense of tension on the record! Tracks are shortish, with great solos by Ornette and Cherry – and titles include "Tomorrow Is The Question", "Endless", "Rejoicing", "Lorraine", "Turnaround", "Tears Inside", and "Giggin".  © 1996-2022, Dusty Groove, Inc.
(180 gram pressing, remastered from the original stereo tapes by Bernie Grundman – packaged in a heavy box with a 32 page booklet of notes!)