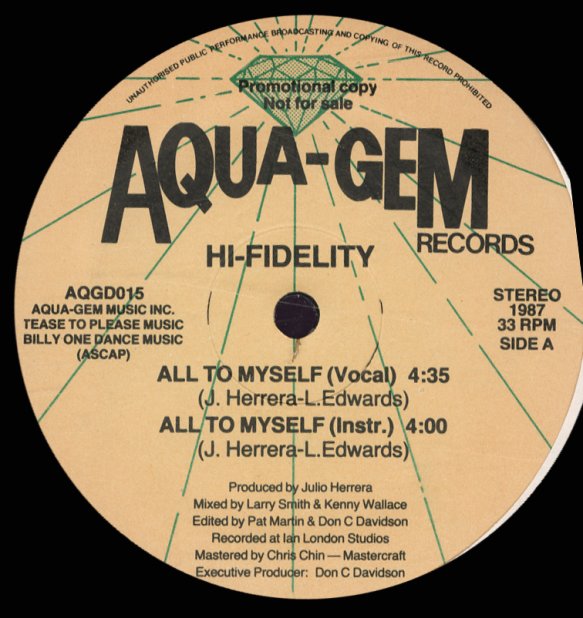 All To Myself (voc, inst, tv track)

Do Ya Wanna Get Funky With Me?/Burning Love Breakdown
TK, 1977. Very Good+
12-inch...$5.99
Hit work from the legendary Peter Brown – a key player in far more club sides than we can remember, but a real chart-topper with this one! You may know the a-side, which is offered here in a nice long take with a drum break in the middle – but don't miss "Burning Love", which ... 12-inch, Vinyl record

You Get Me Hot/They Long To Be Close To You
Sunshine Sound, 1979. Very Good+
12-inch...$9.99
Like most of Jimmy Horne's best work, this is a nice dancefloor groover that sits somewhere between funk and disco. It's got tight Miami funk backing, and some good choppy guitar that goes well with the catchy vocal hook. 12-inch, Vinyl record

Keep On (voc, dub)
Prelude, 1982. Very Good+
12-inch...$19.99
Wonderful stuff from one of the best indie soul artists of the early 80s! The cut's a very solid groover, marching along at a midtempo pace while smooth keyboards from Hubert Eaves soar over the top. James D-Train Williams' vocals are wonderful – rich and strong, kind of in the mode of ... 12-inch, Vinyl record

Whatcha Gonna Do With My Lovin'?/Put Your Body In It
20th Century, 1979. Very Good+
12-inch...$14.99
Stephanie Mills gets some wonderful help from the team of Mtume and Reggie Lucas on this one – stepping up in a warm, full groove that really sends the track over the top – and which sounds great here in an extended 8 minute version! 12-inch, Vinyl record

Frequency (vocal, track)/How I Feel
Dance Mania, 1987. Very Good
12-inch...$34.99
Early, early Lil Louis with a much more Euro-electro sound than his more soulful later work, but nice and raw, with a vibe that bridges the gap between the Chicago and Detroit sounds of the day. 12-inch, Vinyl record