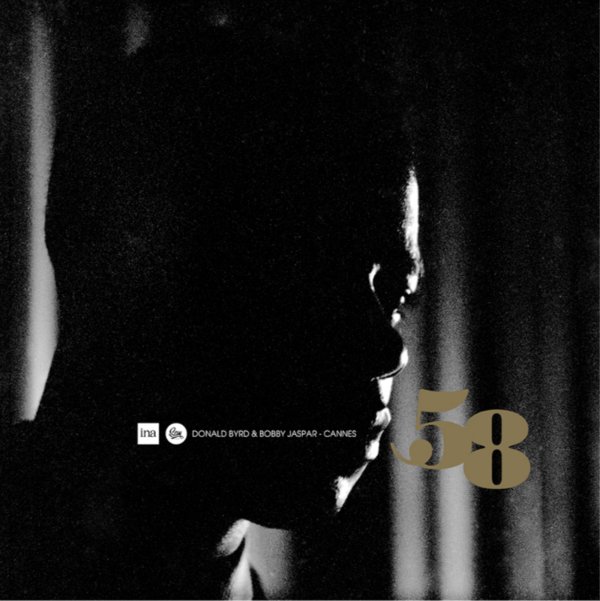 The first-ever release of a lost live performance from trumpeter Donald Byrd – material from that brief time when he was working on the Paris scene, and really pushing his music in new directions! As you'll note from the title, the group here also features the great reedman Bobby Jaspar – who blows both flute and tenor, and works alongside Byrd in tremendous formation – in part because there's a crack rhythm trio on the date – a Prestige/Blue Note-styled group that features Walter Davis on piano, Doug Watkins on bass, and Art Taylor on drums! The material was recorded with great fidelity by the French ORTF – far better than another live date with Byrd and Jaspar that's been floating around over the years – and the whole thing cooks like a stone classic that should have been issued on an American label in the late 50s, not languishing in the vaults for decades. Titles include "I Get A Kick Out Of You", "Long To You", "Flute Bop", "Boogie Woogie", "When Your Love Has Gone Away", and "It Could Happen To You".  © 1996-2023, Dusty Groove, Inc.
(Limited edition heavyweight pressing – packaged in a beautiful flipback cover, with insert!)

Afternoon In Paris (180 gram pressing)
Versailles/Sam Records (France), 1956. New Copy (reissue)
LP...$32.99 39.99
We would gladly trade every other John Lewis album for a copy of this album – because the album's a treasure all the way through – and a really unique set, with a really unique feel! The session features Lewis' piano in the company of a hip French group that includes Sasha Distel on ... LP, Vinyl record album