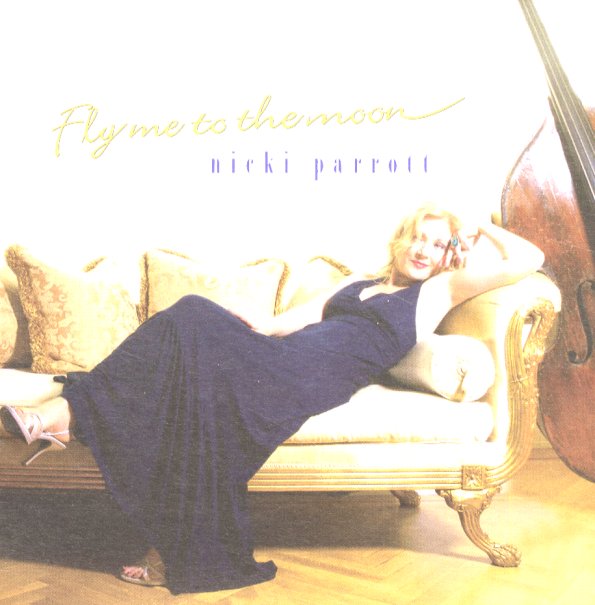 Fly Me To The Moon

Come Swing With Me (Japanese paper sleeve edition)
Roost (Japan), 1956. Used
CD...$29.99 (CD...$24.99)
Early work by singer Beverly Kenny – a great 50s jazz vocalist who never got her due, but who managed to make some pretty fine records at the time! This album's one of them, and features backings from Ralph Burns – not as dark and moody as some of his other work of the 50s, and in a ... CD

Everything Happens To Me
Reprise, 1960s/1970s/Early 80s. Used
CD...$4.99
A well-done collection of work from the Reprise catalog – with a nice focus on the kind of mellow, blue-hearted titles you might expect from the cover! CD

Sweet Baby Blues
Concord, 1984. Used
CD...$6.99
A sweetly stepping session of bluesy jazz vocals from Jeannie Cheatham – outwardly a trad-oriented record, but done here with some nice light west coast touches that really capture the best of the Concord groove of the early 80s. There's a gentle swing to the tracks that reminds us of some ... CD

On The Sunny Side Of The Street
Verve/Polygram (Germany), 1963. Used
CD...$4.99
Features arrangements by Quincy Jones! CD

Taro's Mood (expanded edition – with unreleased material) (Japanese paper sleeve edition)
Enja/P-Vine (Japan), 1973. Used 2CDs
CD...$44.99
One of the first great non-Japanese recordings by trumpeter Terumasa Hino – a smoking little live set from Germany, done at a time when Hino was working at the height of his youthful powers! The mode here is stretched out and open – never too outside, but very exploratory – in ... CD

Gerry Mulligan Quartet (Pacific Jazz – PJLP 1) (Japanese paper sleeve edition – with bonus tracks)
Pacific Jazz/EMI (Japan), 1953. Used
CD...$24.99
The first-ever album on Pacific Jazz – and a real doozy too! The record's something of a blueprint for west coast jazz of the 50s – and features Mulligan in a pianoless quartet with Chet Baker on trumpet, Chico Hamilton on drums, and Bob Whitlock on bass – running through tunes ... CD