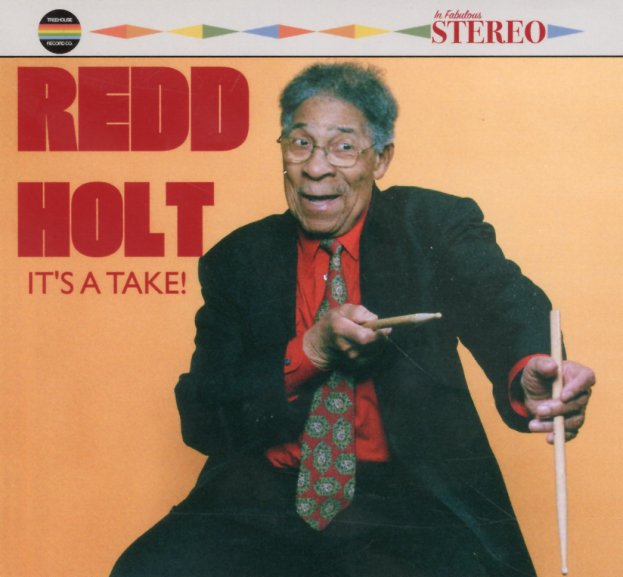 The surprising return of drummer Redd Holt – a musician you probably know from his legendary 60s work in the Ramsey Lewis Trio, or as part of the Young Holt Unlimited group with bassist Eldee Young! Ramsey and Eldee aren't on this set, but Redd keeps things in similar trio formation – working with round-toned bassist Ken Haebich, whose groove really suits the drums – and pianist Jim Ryan, who also plays a fair bit of Fender Rhodes – an instrument that always seems to work especially well next to Redd's rhythms! The set's nicely unadorned – more of a jazz effort than Redd's earlier funk and soul material – with titles that include "Killer Joe", "Estate", "Stolen Moments", "On Green Dolphin Street", "Days Of Wine & Roses", and a nice take on the Stevie Wonder classic "Golden Lady".  © 1996-2022, Dusty Groove, Inc.

Killer Joe (Japanese paper sleeve edition)
Venus (Japan), 2005. Used Gatefold
CD...$24.99
Pure genius from a great lineup – an assortment of players who've made quite a name recording sets like this one for the Japanese market! Tenorist Eric Alexander is very firmly in place on the set – giving it the same gentle soul and well-crafted sound as his own great albums – ... CD

America the Beautiful (Japanese paper sleeve edition)
Skye/Muzak (Japan), 1968. Used Gatefold
CD...$14.99
An incredible document of late 60s America – composed and conducted by Gary McFarland, in a style that's much more ambitious than any of his other work! The album's fully titled "America The Beautiful: An Account Of Its Disappearance" – and features "movements" ... CD