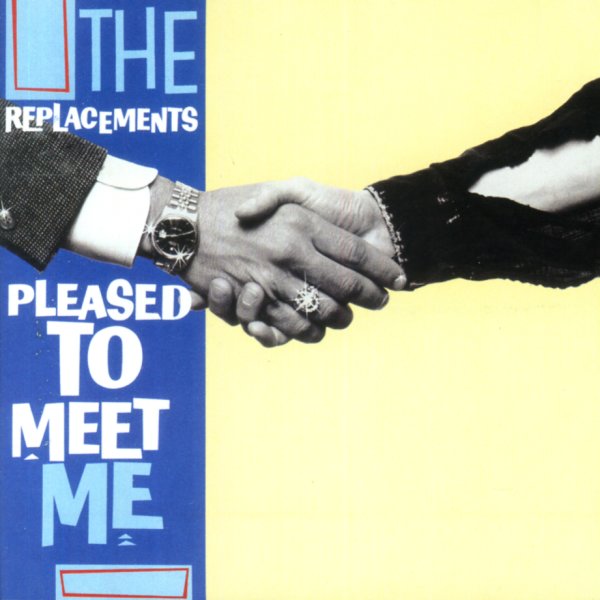 Hootenanny
Twin Tone, 1983. Near Mint-
LP...$69.99 (CD...$3.99)
Ahhh . . . The young genius of The Replacements! A bit punk, a bit garage, with a heartfelt quality that you didn't always find in indie rock at the time. These rough hewn gems are already as brilliant as they can be – shiny little diamonds that show Westerberg and crew working at top form, ... LP, Vinyl record album

Pleased To Meet Me
Sire, 1987. Near Mint-
LP...$79.99
One of their best! After a tumultous tour for Tim, Bob Stinson left the band and they essentially recorded Pleased To Meet Me as a trio as far as the core band goes, but went down to Memphis to record with Jim Dickinson, and too our ears, that little bit of southern swagger, as paired with The ... LP, Vinyl record album

Let It Be
Twin Tone, 1984. Near Mint-
LP...$99.99 (CD...$5.99)
The masterpiece by one of the greatest, most sincere rock bands of all time! Let It Be veers all over the place, or at least as much as jangly rock music can, in the best way possible. Includes the pseudo twangy opener "I Will Dare", with the distinctly midwestern hardcore of the group's ... LP, Vinyl record album

Big Science
Warner, 1982. Very Good+
LP...$7.99 (CD...$4.99)
One of the greatest albums to come from the New York underground of the early 80s – even if it was a relatively big "hit" on a major label! Laurie Anderson is in perfect form here – drawing on a strong tradition of avant garde performance, but without any of the indulgences ... LP, Vinyl record album

Common Bond
Warner, 1971. Near Mint-
LP...$9.99
A great second set from Ides Of March – proof that the jazz rock combo had a lot more going on than just their famous single! The sextet hailed from the same scene as early Chicago (Chicago, of course!) – and have here a sound that shares plenty of the jazzy flourishes of that better-kn ... LP, Vinyl record album

Candy Apple Grey
Warner, 1986. Near Mint-
LP...$59.99
Husker Du's debut for Warner – just barely "bigger" and "more polished" soundwise than their pivotal SST canon – and all these years later stands as tall as one of the more timeless and influential rock albums to appear on a major label in the mid 80s! A couple of ... LP, Vinyl record album