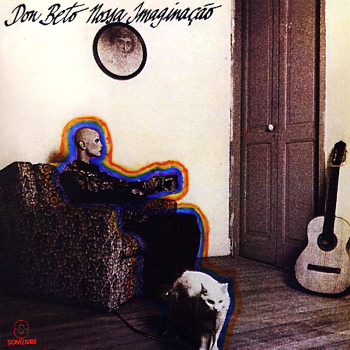 We don't know much about this guy, but this is a pretty sweet little set – a mixture of mainstream MPB and more soulful touches – all put together with some especially warm arrangements from Lincoln Olivetti! At some level, we'd almost be tempted to call this a set of Brazilian soul – especially due to the great use of keyboards, mellow grooves, and warm vocals on the record – but the overall style is a bit more mainstream, and gets slightly poppy at times too – a bit in a Free Soul sort of groove! Titles include "Num Paraiso", "Brenda", "Pensando Nela", "Renascendo Em Mim", "Saber Viver", "Nao Quero Mais", "Curtindo O Silencio", and "Menina Mulher".  © 1996-2022, Dusty Groove, Inc.