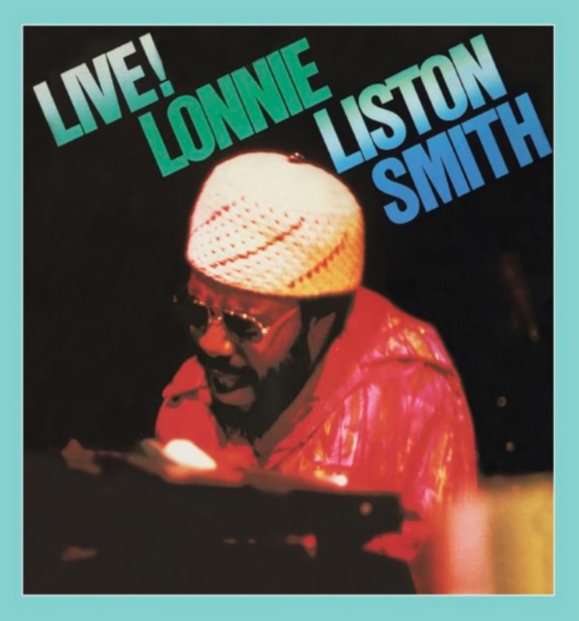 The mighty Lonnie Liston Smith live – sounding every bit as great as he did on his famous studio sessions from the 70s – and maybe even more freewheeling too! The feel of the record is really tremendous – extremely soulful, with Lonnie jamming away on keyboards as the band grooves up these cool spacey rhythms – stepping out in territory that's definitely the more cosmic side of jazz funk, with those righteous currents that always made Lonnie so great. The whole thing's wonderful – with loads of great electric work, and an overall spiritual vibe that's every bit as great as his albums for Flying Dutchman – and players include Donald Smith on flute and a bit of vocals, Dave Hubbard on tenor and soprano sax, and Lonnie himself on Fender Rhodes, clavinet, and Arp. The set includes a nice extended take on "Visions of A New World", plus the tracks "Watercolors", "Sorceress" – which isn't on any of his studio albums, "Prelude", and the classic "Expansions".  © 1996-2023, Dusty Groove, Inc.

Renaissance
Flying Dutchman/BGP (UK), 1976. New Copy
CD...$9.99 14.99 (LP...$24.99)
A massively sweet groover from Lonnie Liston Smith and the Cosmic Echoes – smoother and warmer than some of his earlier albums, with a really soulful fusion vibe – and this perfect mix of jazz, funk, and soul that really takes Smith's music to a whole new level! Lonnie plays acoustic ... CD