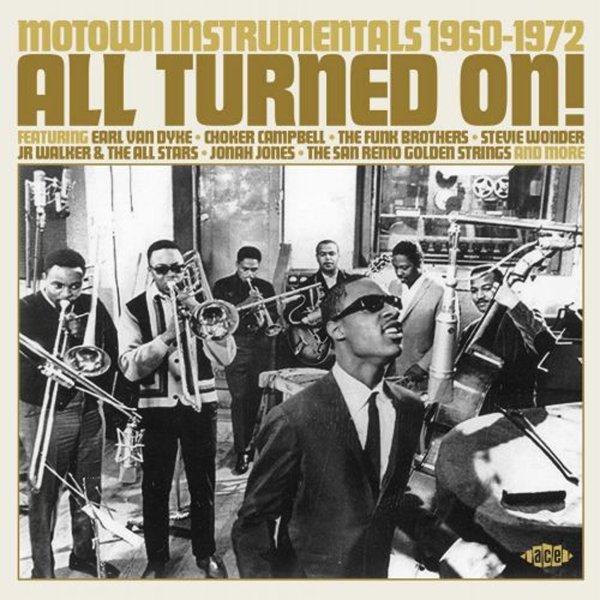 A fantastic look at the instrumental strengths of the mighty Motown enterprise – music presented here in an unusual batch of vocal-less tracks from the Motown vaults – 11 of which were never issued at the time, and 5 of which appear here for the first time ever! There's been plenty said about the work of the Funk Brothers behind famous Motown singers over the years – but this set offers up an expanded look at the variations of instrumental modes expressed by the label – some with full charts and arrangements, some with more of a small combo mode, and some with a surprising touch of jazz in the mix! As you might guess from Ace Records, the presentation of the material is fantastic – and there's full session notes and other details that really illuminate the sounds within – in a set of 24 tracks that include "LBJ" and "Chicken Little 69" by Earl Van Dyke & The Soul Brothers, "The Break Down" and "Come See About Me" by Choker Campbell, "True Fine Boy" by The Funk Brothers, "Uptight" by Herman Griffin, "Great Google Mook" by The Mysterions, "Soul Line" and "Double O & A Half" by The Agents, "I'll See You Later" by Johnny Griffith Trio, "Grazing In The Grass" and "Let Me Loose" by Stevie Wonder, "All Turned On" by Bob Wilson & The San Remo Quartet, "Papa Hooper's Barrelhouse Groove" by The Crusaders, "Ich I Bon #1" by Nick & The Jaguars, "Get Ready" by Jonah Jones, "Defunk Brothers" by Frank Morelli, and "Little Mack's Shuffle" by Morocco Muzik Makers.  © 1996-2023, Dusty Groove, Inc.